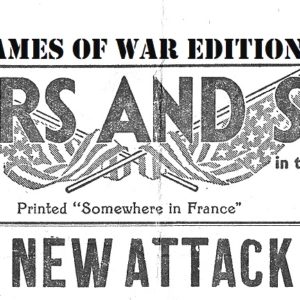 United Nations forces today were stretched across an 70-mile front. Fighting has been heavy in the face of unexpectedly fierce German resistance. It even looked like the offensive was stalled as British forces faced hard fighting around Hill 112 and our doughboys before Mt. Pincon. It was the boys of VII Corps that saved the day around Coutances and turned the German lines opening up the lines and forcing the enemy to retreat. Ahead are Caen, Vire and Mortain! 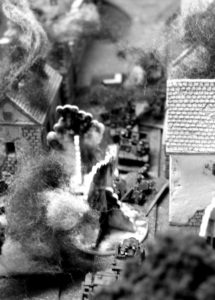 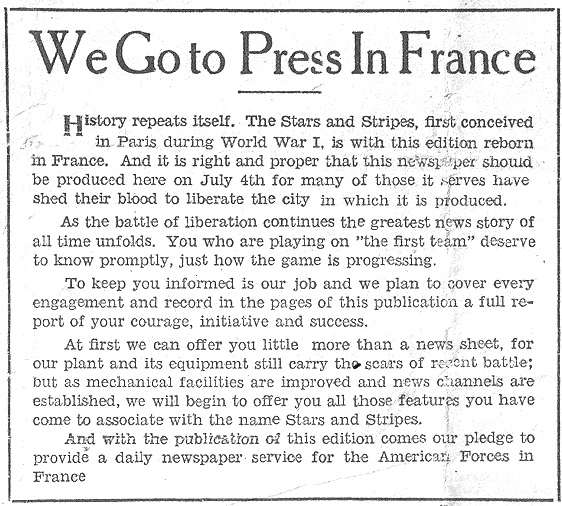 Tank Commander Back in the Field
After sustaining serious head injuries, Master Sergeant Crosswiredmind in back commanding his tank. His story is an inspiration to us all showing us how with determination you can get back in the saddle. Good luck sergeant! 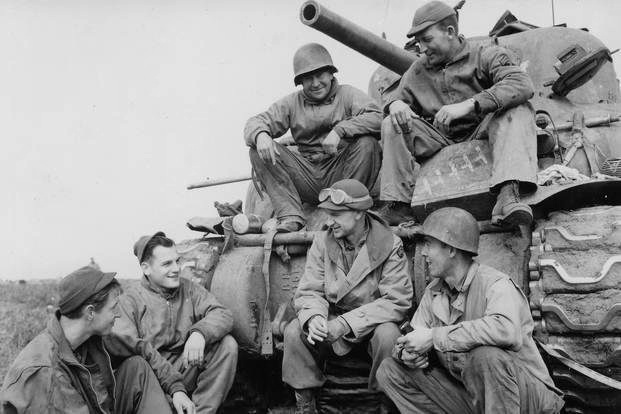 Mum’s the Word
London, July 4 – Ten thousand persons knew of the approximate date of the second front invasion for six months and many knew it for a year but German agents never ferreted out the secret, a dispatch from an advanced command post said today.

German Propaganda Lies
Our soldiers have captured a copy of Signal, the lying propaganda paper of the Germans. One tale it spun was that the Allied Armies were nothing but “Hot Air and Shiny Toys!”, well we will give them a taste of hot lead! General Eisenhower said it better: “Our Home Fronts have given us an overwhelming superiority in weapons and munitions of war, and placed at our disposal great reserves of trained fighting men.” 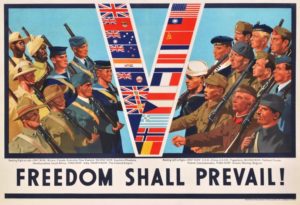