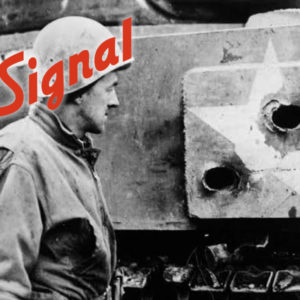 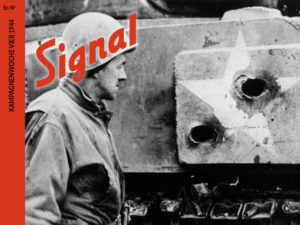 The Turning Tide
As the Allies slog their way deeper and deeper into France, their will softens and their gains lessen in the face of our steely determination. Foolishly, Allied planners expected to be in Paris by now, and have not budgeted their resources for such a difficult campaign. This would explain their unwillingess to meet us at battle. It is now time for us to turn the tide and hunt the Allies down where their advance has stalled! There are not nearly enough battles being fought to ensure our victory, and the value of a spoiling attack against the sluggish Allies must be taken at every opportunity in the coming weeks.

We must challenge the enemy to battle at every turn!

Leading From the Front
The German forces on the Western Front are benefiting at this very moment from and exceptional general staff made up of Leifurs, Oberst Nagten, Kantoken, and Guderian 67, all of whom have set an exceptional example for the troops on the field.

Leifurs and Kantoken are to be commended for their valiant efforts in Caen, where they fought the Allies to a standstill over the ruins of the town, halting the advance dead in its tracks. 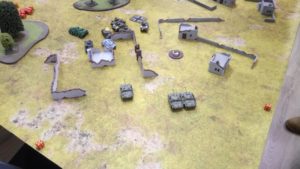 Kantoken does battle in Caen. 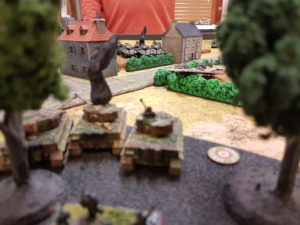 Liefurs’ Tigers duel with the enemy.

Oberst Nagten has again put his life on the line to do battle at every turn, including an exceptional win at Vire over a Sherman force fielded by the Americans! Plenty of wrecks left behind for them to pick over! 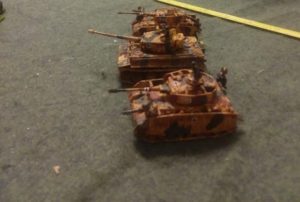 Finally, Guderian 67 has battled more ferociously when pretending to be the Allies as part of training exercises than the Allies themselves actually have, providing not only excellent training for the German forces, but also something of an instructional manual for the Allied forces themselves- take notes, fellas! 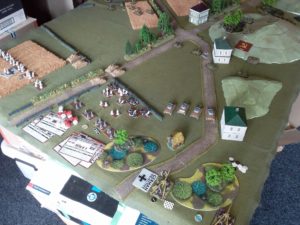 And on the Subject of Teaching the Allies…
Our military intelligence officers have put together this hand identification leaflet for Allied tankers, and it actually turns out they are absolutely right! It is a Tiger firing on them! 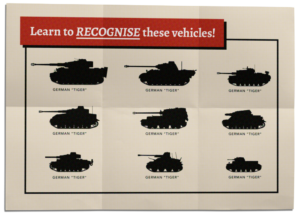 Until next time, men, fight with all that you have and do not give the Allied Invaders one more inch!