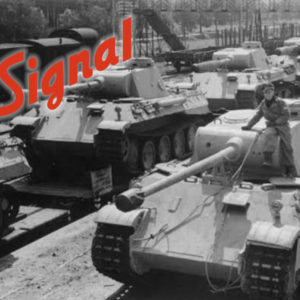 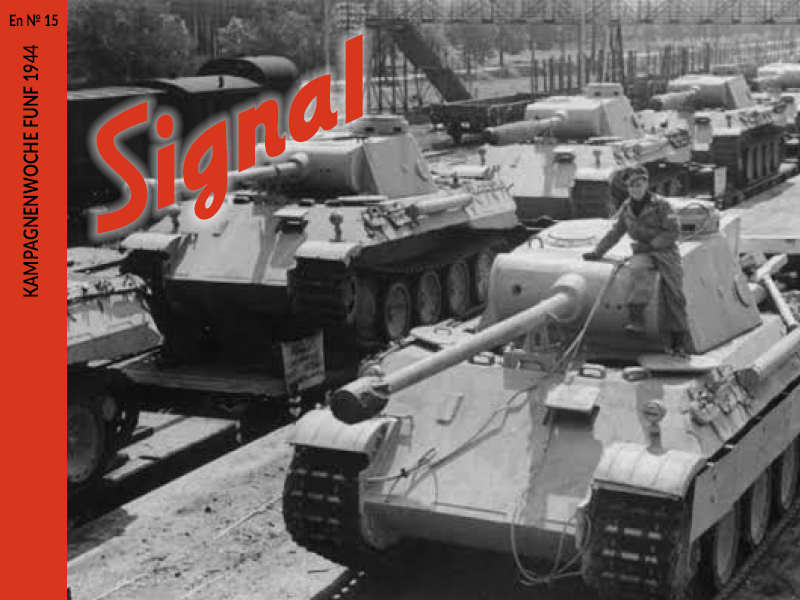 The Defence of Paris
The constant sound of the big guns can be heard from Paris itself. German forces, having forced the Allies to over-extend their lines through careful spoiling attacks followed by tactical redeployment further towards Paris. Now, the time has come to turn our watchful guard over Paris into the most impenetrable defence that city has ever seen. It has been 4 years since our initial triumph over our long-standing foes the French, and if I this editor may suggest something to you, brave warrior of the Reich, perhaps there should have been a German guard in Paris since 1871…

In any case, whether we have held Paris for 4 or 70 years, one drop of German blood is enough blood spent to say “We will not surrender this City”.

Paris Citadel
Captured issues of the American Army’s Stars & Stripes suggest a particular American pride in rations and fuel. Well, it would appear that the joke is on the American- our Panzer forces are assembled around Paris, closer to our own lines than the American tanks are to theirs- that’ll teach them to advance to recklessly! Furthermore, the flavours of American chocolate rations might offer some consolation to American grunt as he struggles towards Paris, but here on the streets the fragrances of decadent French cuisine fill the air and even the common German Soldat has a belly full of the finest French dishes. Think about that for a moment, Allies. Think about the Hotels Ritz or Majestic, full of well-rested German soldiers while you lie discomfort under the stars. 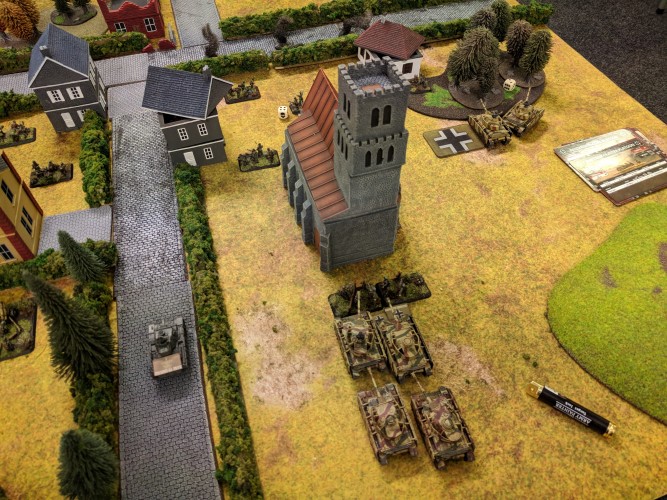 The End of Week IV
Week IV has been a resounding success. The Allies have gained little ground at great cost, and of course they have only gained that which we deigned to give them. Our losses have been minimal and our return to our own lines planned and orderly. Reports form the front, including this one by Guderian67 suggest the Allies are not having as pleasant a time of it as their publciation might want us to believe:

“Prisoners taken by the Windhunds at Coutances have reliably attributed the Windhund victory to ‘flammTigers’ invulnerable flame-equipped weapons. Of course no such weapon exists. Other prisoners have complained that every tank they encounter is a Tiger, an interesting development considering the 116th does not have any. Apparently a collective hysteria is developing as the Americans and British and Canadians struggle in the Bocage.”

Obviously last week’s Tank Identification Guide got the better of our Enemies, as they now find themselves unable to distinguish any of our armoured forces from one another!

While You’re Waiting
We thought we’d offer a fun little quiz for you while you wait for the enemy to arrive, courtesy of Wehrmacht Quizmaster Guderian67

1: What nation was created on January 18, 1871?
2: Where was Adolf Hitler born (regardless of what foreign agitators say)?
3: What country was grossly and unfairly penalised by the Treaty of Versailles?
4: What nation produced the musical genius that is Wagner?
5: Which country will win this war?
6: Complete the title of this popular and catchy tune: _________ Uber Alles.
7: Where are there countless defenceless wives, mothers and children depending on you to protect them?
8: The home of superior automotive engineering.
9: First and only seat of a future world government.
10: What do these brilliant innovators all have in common: Wernher von Braun; Amadeus Mozart: Friedrich Schiller?
11: Where is Oktoberfest held?

Until next week- fight hard, and remember your country is counting on you!