The road was a small one, but it lead straight through the hills and other difficult terrain blocking the Allies’ advance. If they could get their hands on it, they could launch an armored punch directly into German territory. The American tank company’s orders were to take control of the town, and to defend it until the necessary units had arrived to launch the attack. The Germans, realizing this threat, had deployed infantry to block any such attack. The Panzer grenadier company had been split into two groups. One was to take a position in the woods, on the larger of the two hills, while the other was to occupy the town. The Allied commander had to hurry, because the retreating Axis would only be vulnerable for a short period of time.

Right Flank
The Sherman company commander and a Sherman platoon managed take up a defensive position near the woods, on the larger hill. The dauntless Panzer grenadiers assaulted the Shermans. However, the Panzer grenadiers were killed, to the last man, by .50 cal fire, despite the fact that the company commander’s lieutentant was killed by a Panzer IV. Unfortunately, before the Shermans had time to take them out, the Pak 40 eliminated two of the left flank Sherman 76s.

Left Flank
US infantry moved towards the village, with the 76s clanking along behind, when suddenly a Panzer IV platoon crested the hill and fired at one of the 76s, causing him to bail out. The infantry pressed on, but, as they neared the village, a platoon of Panzer grenadiers charged down the hill to meet them. The rival infantry fought hand to hand, as the shells whistled over them. The US troops were holding their own against the German soldiers when the remaining Panzer IV suddenly emerged from behind a house and mowed them down with its MGs. The Shermans 76s had fared no better. Two of them were destroyed, and the remaining one bailed out.

The two forces, bloody and weary, retreated from the Battlefield. There would not be an Allied armor strike – at least, not today.

Afterthoughts
This was really more like two battles than one. I was really surprised that the German infantry didn’t take out a single Sherman. 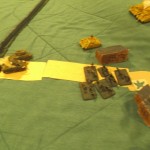 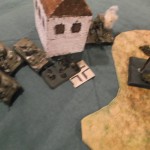 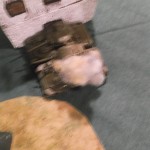 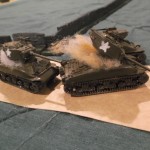 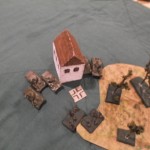 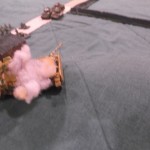 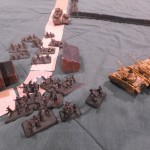 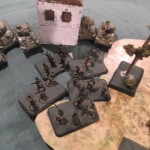 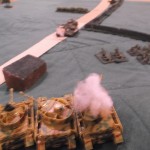 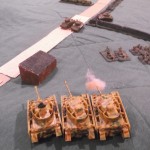 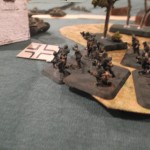 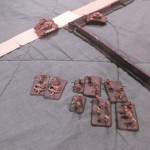 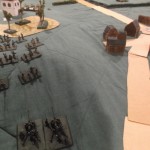 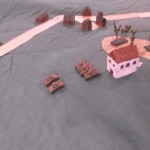 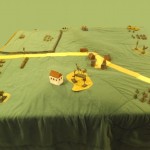 1 Person Has Recommended Abe Attack For a Commendation