Note: This battle is not historically accurate. After playing so many battles against the same old Axis force, I decided to do a battle with some British units.

The Sherman tank commander basked in the sunlight falling through his tank’s hatch. It was a beautiful day. The sun was shining. The birds were tweeting. In other words, excepting World War II, all was right with the world. He was quite oblivious to the British tanks waiting in ambush up ahead. 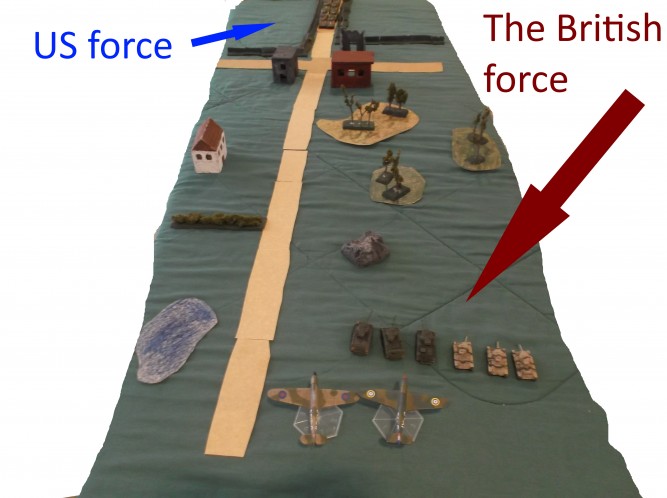 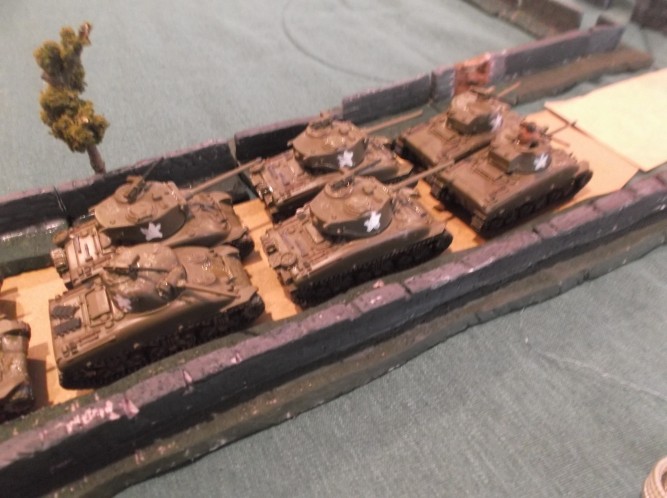 The Fireflies and Valentines moved into the wooded area, and prepared to ambush the Shermans. The oblivious Shermans continued their advance down the lane. Suddenly the Hurricanes swept over the armored column, leaving one bailed-out tank in their wake. The Shermans circled up to await whatever would follow. 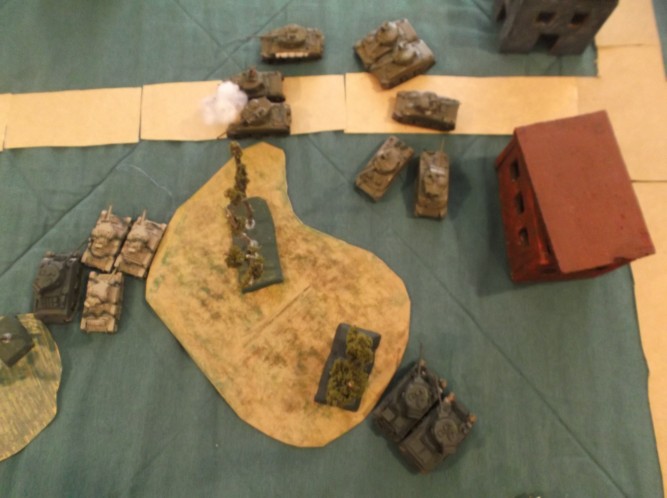 The British trap is sprung.

The British spring their trap. One Firefly and three Valentines scooted out from behind the wood and fired. The other two Fireflies did the same on the other side. One 76 was destroyed, and another was bailed.
The US forces quickly rallied and attacked the British armor, killing two Valentines and a Firefly. The firefight that ensued turned two Valentines, two Shermans, and two Sherman 76s into burning wrecks. It was now down to two Fireflies and three Shermans. 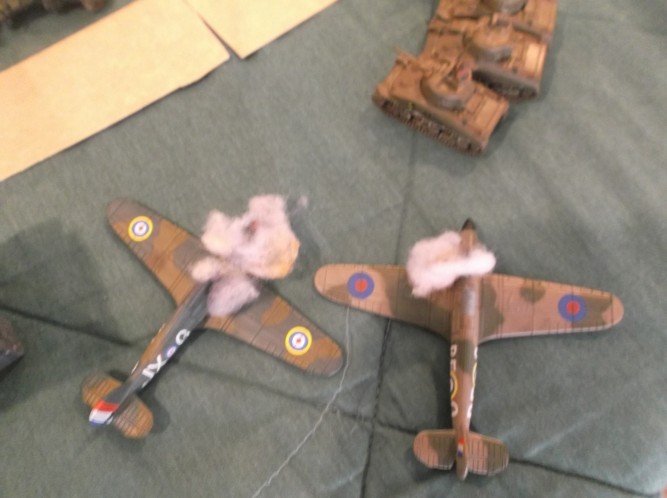 The U.S. force had gotten fed up with the near-constant air attack, so they abruptly shot down the two Hurricanes with .50 cal fire. The Fireflies, irate at losing their air support, obliterated two of the Shermans. However, the solitary Sherman quickly evened the odds again by killing one of the Fireflies. The two tanks decided that it was about time to call it quits, and they retreated from the tank-strewn battlefield.