When the dice are against you

Note: This battle is not historically accurate.

The two tank forces approached the small town. They were aware of each other’s presence and there would be no surprise attacks. Each side was determined to emerge victorious… 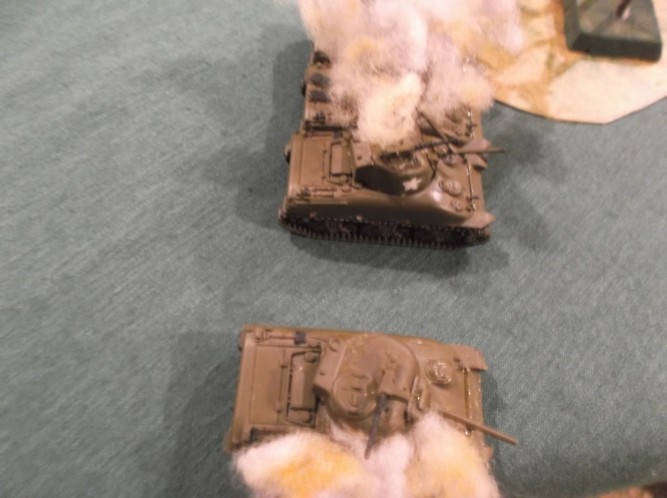 The British tanks trundled forward. Some of them were held up by a stone wall, but the majority crossed safely. The Shermans, seizing an opportunity, pulled out from behind their cover and fired. However, they only managed to bail one Firefly (the dice were unbelievable). The Brits returned fire, obliterating four Shermans (ouch). The the remaining Sherman 75 retreated and fired a smoke screen between the Fireflies and the 76s. That did not stop the 76s form killing a firefly. 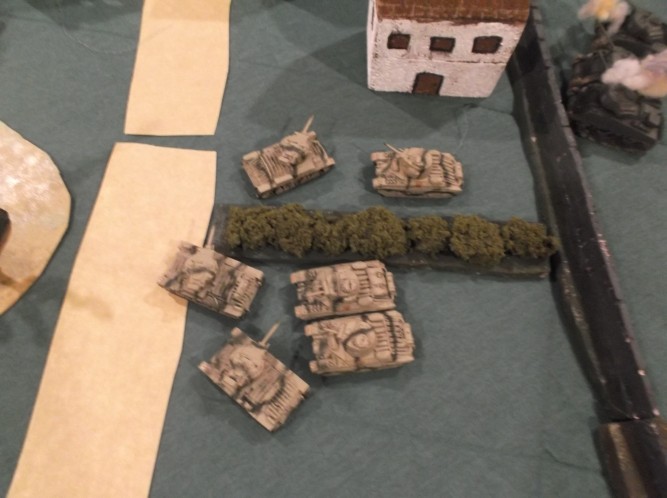 Despite the smoke screen, the Fireflies killed one 76. The 76s fired back, finishing off the deadly Fireflies. The Valentines fired at the 76s, but they missed. The Shermans likewise were unable to hit. The Valentines and Matildas fired for the second time, hitting the 75. However, the 75 was able to block all their shots. On the following turn, a Matilda was vanquished.

The Sherman 75 was at last killed and all the British tanks moved in on the solitary 76. The 76 retreated, firing all the way, and it managed to kill one Valentine and bail out the another before it was destroyed.