Had a chance to battle my son who came up for a day from college. Although Alec plays sparingly, he’s smart, which is a challenge.
Used my Fallschrimjager, 12mc mortars, anti-tank guns with 4 Stug’s in support. Alec chose a force of mixed American tanks & anti-tank guns.
My son said he was here for a good time, not long time, so shooting, bailing & destruction started right away. Burning Stug’s, smoke bombardments & sprinting Americans comprised turn one. Dad countered with an ambush featuring 7.5 anti-tank guns & a panzerfaust or 2 leaving a mark in a Sherman. Turns 2,3 & 4, featured assaults & counter assaults, close range firing and a general disregard for the rules of war. It was fantastic.
We stopped on start of turn 5, to get our Green Bay Packers fix.
Although my son lost, we had a great time, just talking & playing Flames of War.
German Fallschrimjager held the field at the end of the day but my son played outstanding, it was his 1st game since this spring. 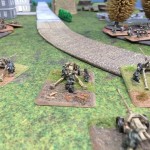 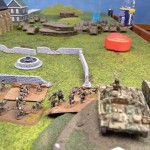 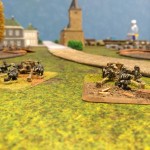 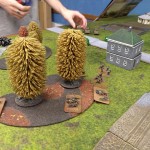 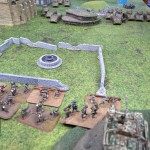 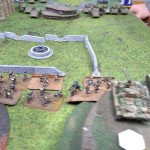 No one has recommended Capt. Bonjour for commendation. Log in to be the first.