Set up to ground & pound, Axis forces pounced on the Americans early before their reenforcements arrived. Stug’s & anti-tank guns smashed Sherman’s & forced them to cower behind cover. Turns 2-5 saw back & forth meat grinder as units arrived all over the battlefield. Para’s rattled Yanks inside a church w mortars, hvy machine guns & anything else we could launch at them. While the battle raged, Fallschrimjager command quietly sprinted across the battlefield to capture & hold the objective right under the Yanks noses. Yank Commander commented “I never noticed ? They were up to.”) This was Iron Cross bravery! Big win for the Axis….. 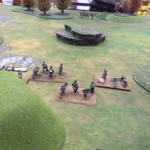 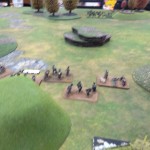 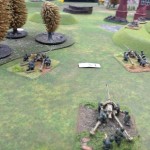 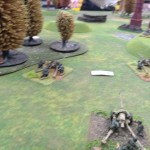 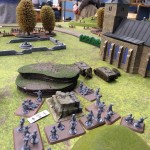 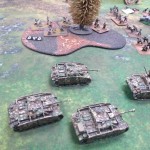 1 Person Has Recommended Capt. Bonjour For a Commendation