Battle In The Hedgerows (FlamesCon 2019)

Round 1 FlamesCon 2019
Facing off against Johnathan I knew I would be up for a tough game, he had a nice list and I figured he out know how to use it. I found myself having to split my force to cover both objectives, 1, to stop his infantry from just pushing up and, and 2, to have a counter to his Tigers.

On the right flank we traded artillery fire, his mortars and infantry guns slowly picking off my 25 pdrs whilst my guns worked over his infantry, on the off chance my Sherman Platoon was game enough to try an assault in the final stages of the game.

The game was largely decided over on the left flank where the Tigers and infantry (supported by PaK40s that would stop a flanking maneuver) spearheaded up in to a forest. Here they sat and waited whilst the Shermans and Tigers dueled. Each time a 17 pdr round hit a Tiger, it bounced off.... with casualties mounting (amongst the Shermans) the Grenadiers finally emerged from the forest and began their assaults. Despite moving vehicles over to reinforce and feed the juggernaut, the troops finally overran my HQ... 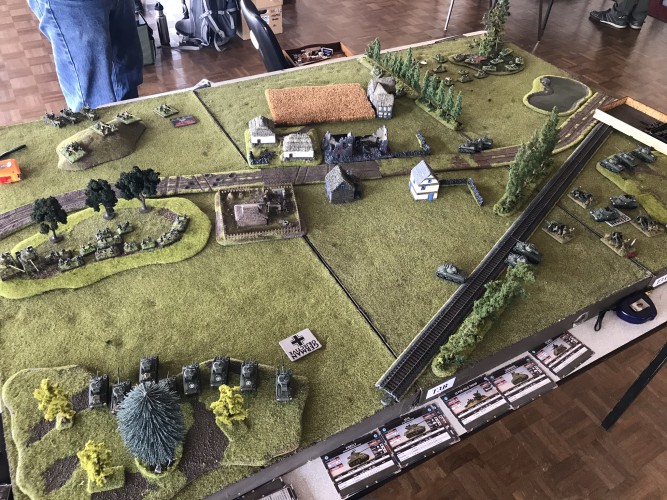 Setup - Shermans deployed on the left, facing off against the Tigers and infantry (that Spearheaded up with the recon), 25 pdrs lurking off to the right, supported by M10 and more Shermans. 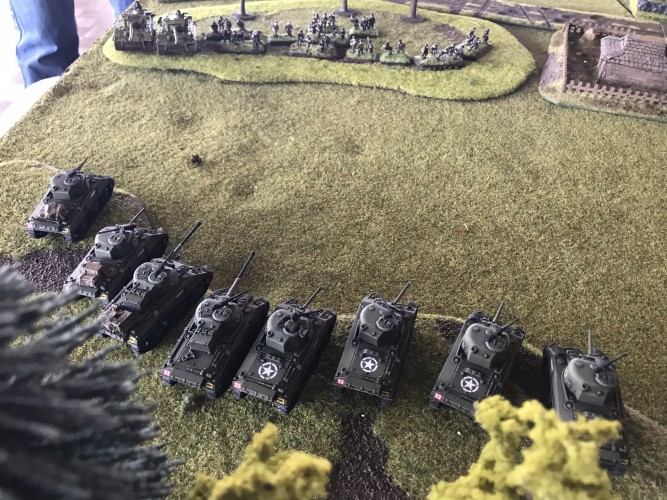 Sherman firing line facing off against the Tigers 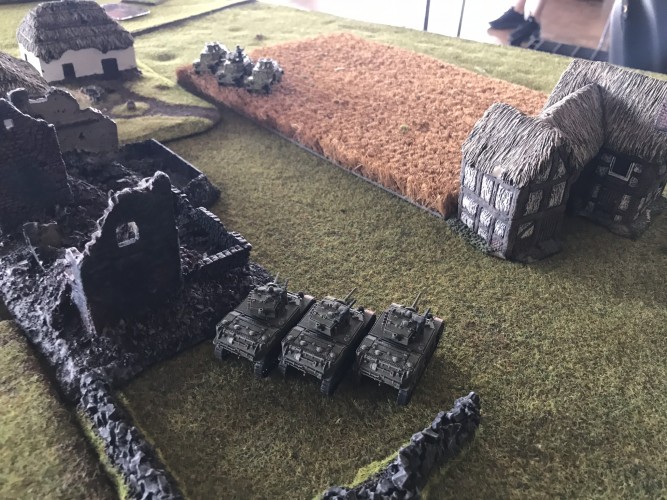 Recon battle it out in the middle of the table 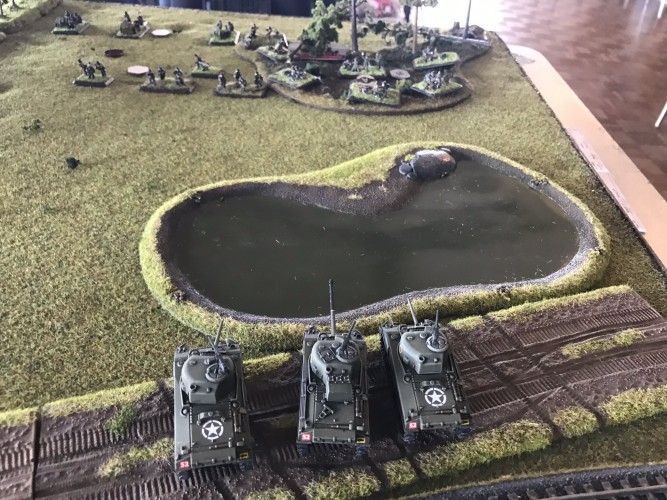 Shermans on the right flank advance on the infantry, trying to pick off a few teams 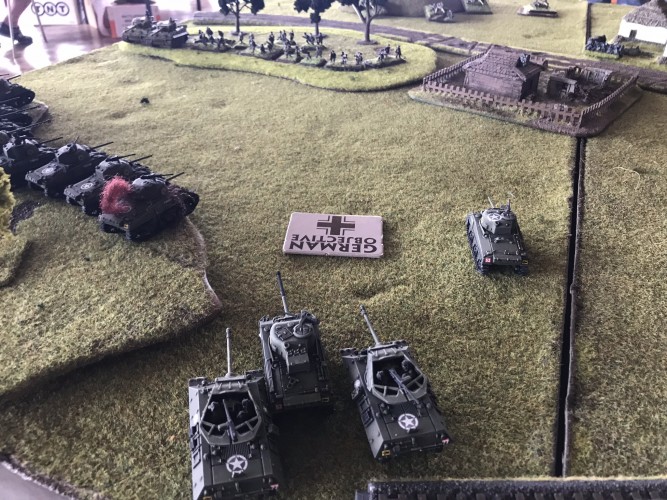 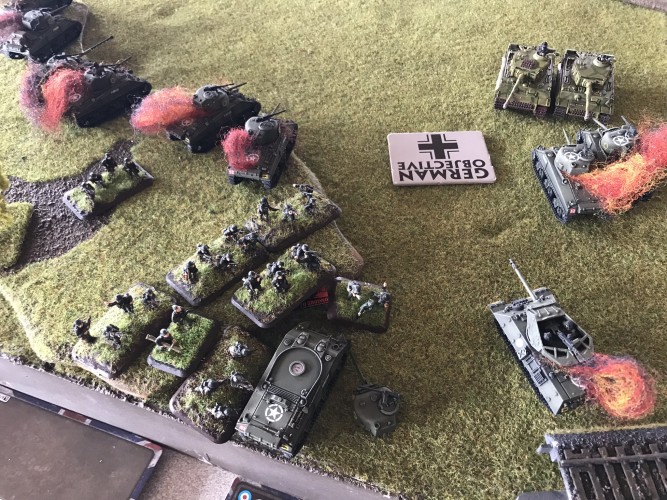 HQ valiently trying to hold on to the objective as time is called...