Just short of the crossroads 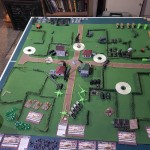 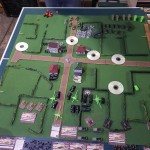 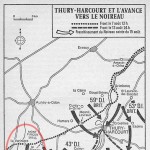 Conrad Stalin,
We snuck in after the beach landings and pulled a missing from that arrogant American Roosevelt assigned us to take Mont-Pincon. He neglected to tell us about the overwhelming German forces coming to take back cherbourg and more.

We charged the town and our forces took houses on the north side of town. we lost several tanks in old mine fields and hidden at guns. our 85's hung up in the damn rocks, trees and brush these frenchies use as fences!

we continued to push really hard but Roosevelt sent us knowing the Germans were ready, he used us to weaken the German forces.

they torched the houses and arti'd the fields behind the houses. the hidden AT guns destroying us and their hoards of German SS troops with all their SS Tigers and Panther tanks.

Muffled noise and another voice. Yuri, you are now commander of the Russian forces of the West.

1 Person Has Recommended cjframe225 For a Commendation