Ground up in the Meatgrinder

I was playing a dual formation – US Airborne and Sherman (non-vet) formation with Preist support against a German Beach defence infantry group (The German’s also had Panzer 4s and a fair amount of AT guns) the exact list I am not sure at this point in time. Regardless, we were playing Meat Grinder. I apologize as I should have more pictures and some notes. Anyway, the map had a river moving North/ South and a road moving East/ West pretty much splitting the map into 4 quadrants. with a bridge at the centre of the map. On the Us side, the right quadrant had a small town, which was where I placed my objective, and the other side had a small forest and a small hill near the centre. On the German side, The right side facing the US forested side, was a cople of hills, which the German player nestled their objective in and the last quadrant ont he german side had a vineyard. Kroitz did an excellent job placing his AT guns completely restricting my lanes of movement, tbh, I think that is the best placed guns I have ever seen in a game. I had split my Paras and shermans/ stuarts on both sides of the map, but soon realized that his gun placement left me in some bad positions. I had hoped that my artillery would dig out some of the guns, unfortunately they were not able to find their mark early in the game, and once Kroitz’s stukas showed up, and I could be wrong (again should have taken some notes), but I think he showed up a three turns in a row and absolutely decimated my Arty and my tanks that I were holding back as I tried to figure out how to deal witht he AT guns. Regardless, Kroitz exceptional placements absolutely handcuffed me until his airpower decimated me. Mistakes were made and I dropped a game, but it was still a great Friday. Thanks for the game Kroitz. 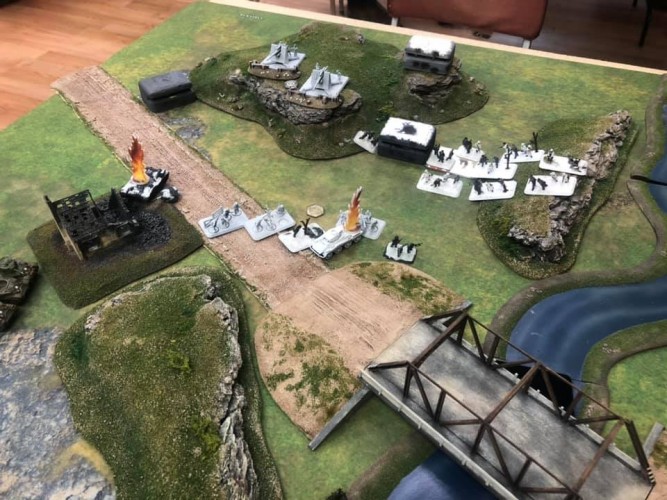 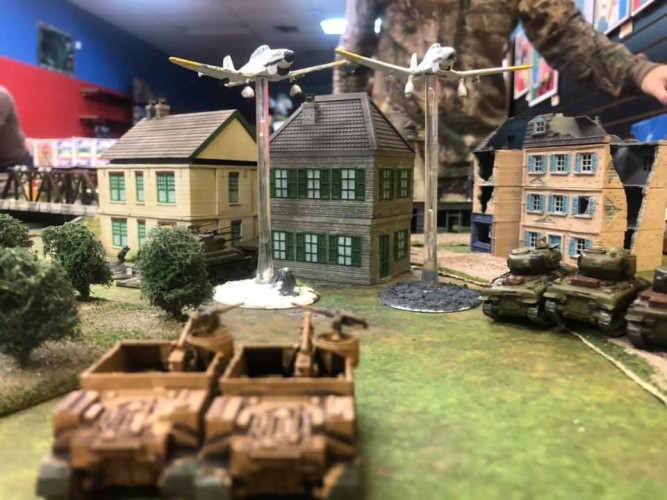 Kroitz's Stukas - They blasted my support