Battle for the Bridge

Sorry for the brief report, but Thanksgiving here in the US was hard on my health and my stroke symptoms flared pretty badly.

I included a photo of my game log and notes for extra details.

The goal was simple — the Sherman 75 would hold the far bank of the river in the northeast, the M10 would use the buildings to the northwest for cover, and Pool in his Sherman 76 would flank from the southeast with another M4 76.

The Germans rolled straight for the bridge while using the intervening terrain to cover their approach.

Over the course of 10 turns the tanks on both sides swarmed around each other on and around the bridge. In the end the weak link in the German side caused a ripple effect as both Panzer IVs were knocked out allowing US numbers to prevail in the end. 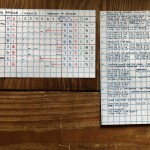 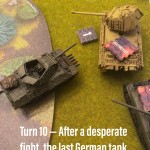 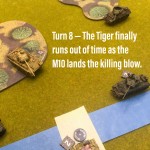 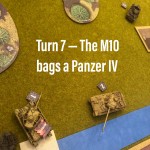 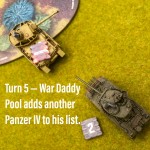 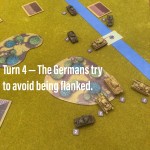 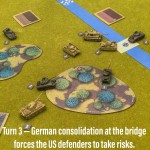 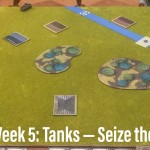