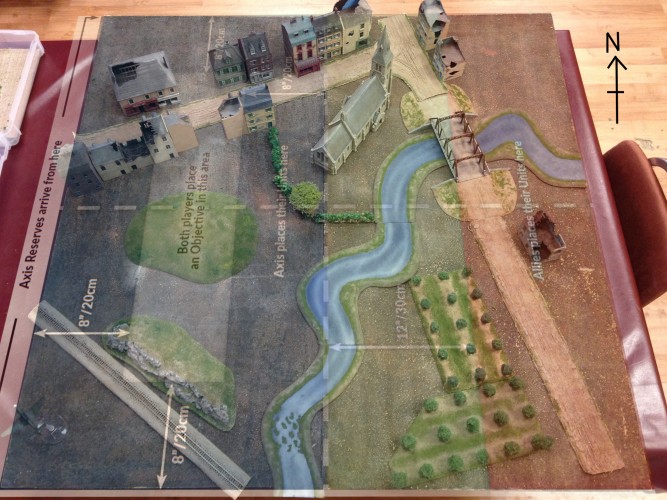 BOCAGE COUNTRY (ST-LÔ) German defenders to the West, Soviet attackers to the East.

Alerted to the approach of the Soviet Army towards St. Lo from the east, Axis troops hunkered down in the town, trained their Pak40s on the approaches, mined the road north of the bridge and the river crossing to the south, and carefully hid their 8mm mortars and 7.5mm sdkz assets behind hills to the west. As morning broke, the Soviet swarm appeared out of the mist. 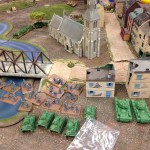 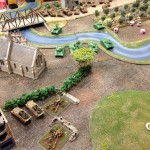 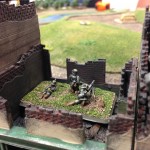 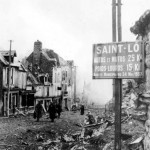 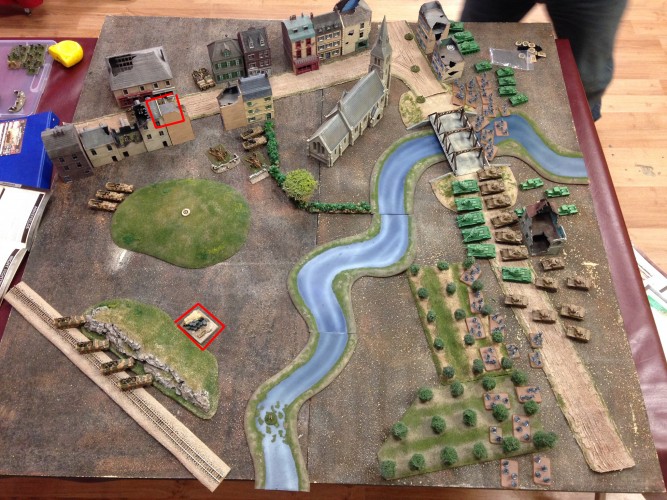 North of the bridge, the Soviet attackers bravely sent advance tanks and infantry storming across the minefields, taking minimal losses and clearing the way for their comrades. But they moved directly into the firing lines of German Pak40s which began their destructive work. 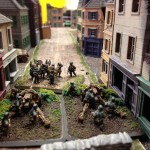 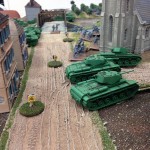 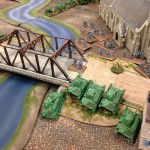 To the south, Soviet Lees and KVs got bogged down in the river and came under heavy fire from Pak40’s sdkfz 7.5mm and Panzer IVs. Soviet infantry hiding in the olive groves came under heavy mortar fire. Finally, the German Stuka came screaming in to destroy two of the Soviet Katyushas. 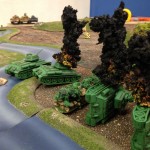 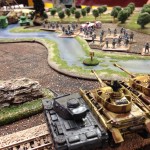 To the north, Soviet Stuarts, infantry and KVs moved up and took out a Pak40 and an sdkfz. But they were answered by the same and then brewed up by the returning Stuka. 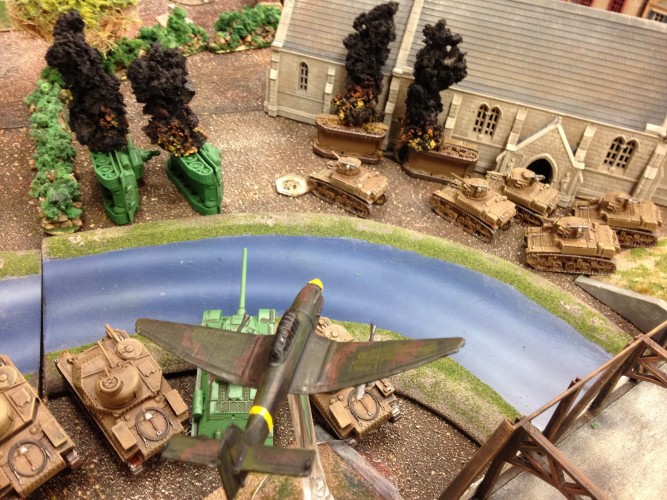 The Stuka comes screaming in to strafe some stuarts.

South of the bridge, Soviet Lees and KVs attempt again to cross the river, but are left exposed to more withering fire from Panzer IVs, Pak40s and 7.5mm. Soviet infantry in the olive grove are hit by repeat bombardments.

North of the bridge, Stuarts move up and fire ineffectually on the sdkz 7.5s while the KVs move up the road into the town only to be peppered with Pak40 and schrek fire. Soviet infantry in the church crosses into town and fires into panzergrenadiers across the road. 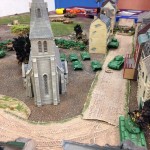 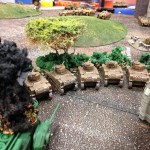 Panzergrenadiers and HMG platoon rally and return fire pinning down the Soviets.

To the south the Lees and KVs are left burning at the river and the order is given for the infantry to leave the olive grove and make for the river. They are met with mortar bombardment and machine gun fire.

To the north, German MG fire further dwindles the Soviet infantry, while Pak40s, panzerfausts and panzershreks break the Soviet tank formation, leaving the Soviet infantry to the south little chance of surviving the shower of machine gun fire that awaits them on the southern objective 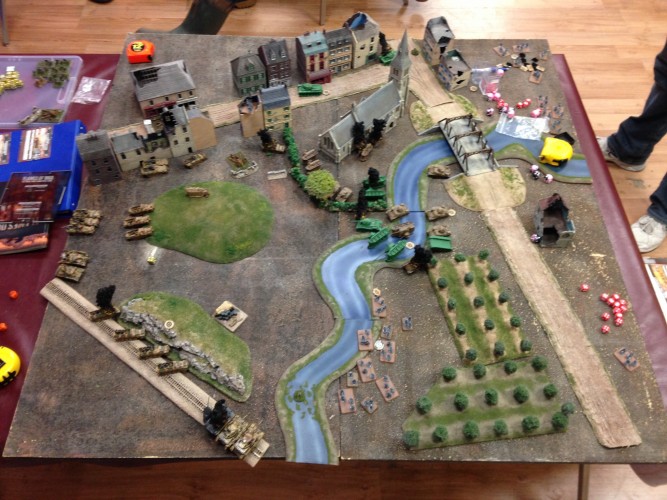 Ruchey concedes defeat at the start of turn 5