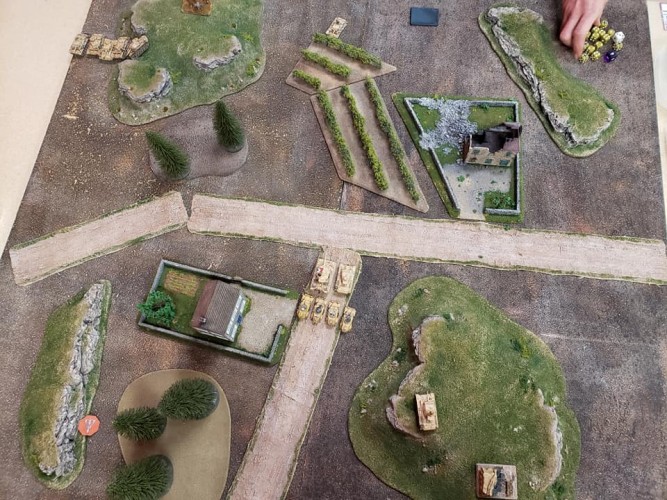 This was one of several short 50 point games we played this evening.

MISSION: Free for all on a 4'x4' table.
FORCES:
My force was comprised entirely of Panzer IVs
Von Doom's force was a Tiger with Panzer IVs and scout cars.

Von Doom came at me hard. He spearheaded with his scout cars and brought up his tiger. Then he sent his scout cars down the road to flank me. I waited until he had moved up, avoiding contact until it was one turn away from my objectives and made an end-around to rush his objective. He attempted to turn around and knock me off the objective but he was unable return in time and I took the game.