Caught in the Open

Mission was to try and take the town and the hill outside town. We dug in just outside town before making a push to the houses. We never the Germans were setting up around the hill, and we crossed the field three troop carriers came across the fields and caught first platoon out in the open. Couple boys went down before they managed to get back to their foxholes. The jeeps and AT were on the road with the houses between them so they couldn’t hold the carriers at bay. Second platoon arrived in n the other side of town and made a push for the hill to try and capture the hill. The howitser’s just couldn’t find their range to keep the German heads down and second platoon also got caught in the open trying to take the German guns. The jeeps tried to reinforce them but the German troops pouring out of the carriers made short work outta them. First platoon managed to get into the houses, but with no reinforcements it was just a matter of time. All units were lost in this battle. Sad day for the families back home. 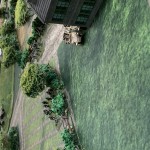 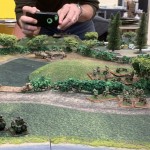 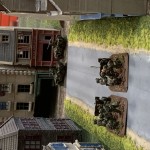 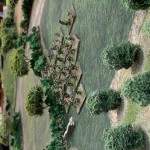