Breaking through at Vernon

Moving into the Vernon is area we stumbled into a German line that Intel didn’t catch. We figured if we could take either the hill or the grove of trees to dig into we could hold the area until relived. We moved with with first platoon, a group of howitzers and a couple jeeps along for the ride. The jeeps went left to check on the on the grove of trees while first platoon went ahead of the howitzers to move into the house and get a better look at the defences on the hill. The jeeps spotted some paks sighted on the road and held back waiting on second platoon. The howiters failed to sight in on the hill leaving them with a good bead on first platoon.

Second platoon finally arrives with the LT, they moved up to help out the jeeps take the trees, as they rounded the edge of the rocks they spotted German reinforcements moving in on the trees. The LT froze and held back second platoon leaving the jeeps stranded out in the open and under a hail of fire from the tree line.

First platoon was bogged down in the house un able to get any artillery into those German foxes to keep their heads down. The boys did their best to get back on track after command froze but it was too little too late, by the time they decided to finally get in the fight they got caught in the open and were forced back as bullets took down man after man. In full retreat half of each platoon managed to regroup, but conceding the battle to the Germans. 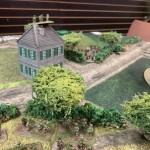 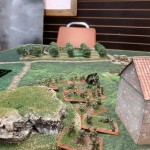 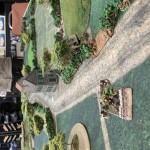 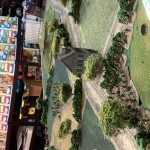 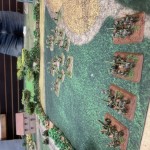 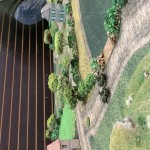