First game of Flames if War in a long time. Nigel brought his US Armoured infantry to the table supported by an eight gun Priest battery, M10 and a strong recce element. I put a 10 strong Pz IV company on the table. Mission was free for all.

The US Armoured infantry were set up on one objective. The US arty on the other objective, and everything else down the middle.

I pushed hard on the US arty which were then forced to move to direct fire. The M10 unfortunately had terrible round of fire & even worse fire power rolls. In the fire fight over the next couple of turns, the Priests fell to the attacking PzIV

Having committed the othe Armoured Infantry and the Recce elements to attacking down the middle of the table, the US didn’t have anything to within range to send back to defend the objective.

The German Panzers were victorious (and didn’t loose a tank!) 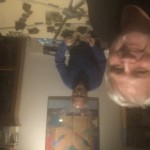 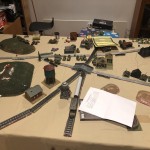 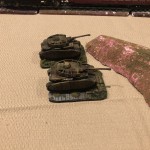 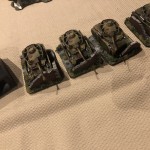