My Panzer IV’s lines up against Wal and his 17 strong Soviet Sherman army playing Hasty Attack.

Any mission where there are Germans held in reserve hurts my army list. I was attacker in this mission.

During the first turn, the Soviet airforce did some damage to my HQ, taking out the Commander’s tank.

My first platoon rolled forward to try to engage the Soviet tanks at range, but did not cause the damage expected. The second Soviet company then moved up and both companies were pouring fire into my first Panzer platoon.

On the third reserves attempt my second Platoon arrived and moved to engage the second Soviet tank platoon in the flank (too many bails & not enough kills!)

SU122 rolled then in from the flank causing more damage to my first platoon, however the remaining tank was able to dispatch the assault guns.

After turn six, my remaining HQ platoon tank 2iC had to be in the Soviet side of the table to keep the game live & soon fell victim to long range Sherman fire.

Failing a Storm Trooper move by the second tank platoon left the defending Soviets with no enemy’s forces in their half of the table.

The result a 5-2 Soviet win 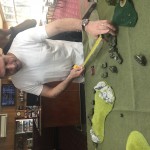 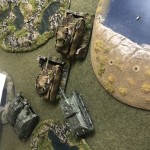 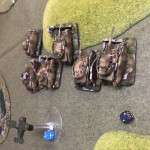 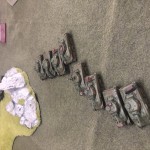 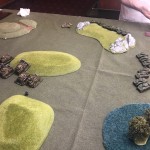 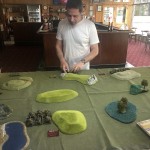 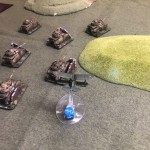