Lt. Hadrian Wolfe reporting on the action of 8 August 1944.

As a newly minted second Lieutenant, I was attached to a combined force from the newly minted 5th Armored. Assigned to command the 2nd platoon of Baker company of the 47th Armored Infantry Battalion. We were instructed to move in and secure a small town in the Falaise area. Intelligence had reported that the defending forces were comprised of the remnants of an Ost battalion, with low morale and lower supplies. This should have been an easy push us.

As we moved into the area west of the town, a small group of enemy half-tracks were seen. (misidentified scouts) Major Steiner called the force commanders in to discuss options while the combined force set up in a defensive position. 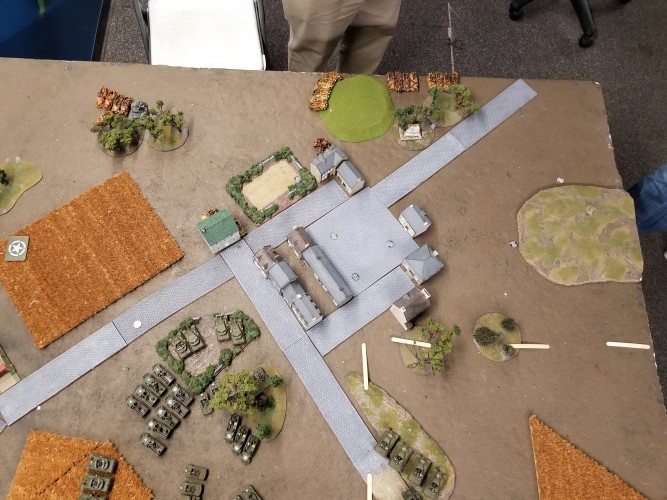 spotted half-tracks are behind and around the building at the crossroads.

As the second platoon of M10's from Charlie Company (628th Tank Destroyer Battalion) opened fire on the spotted half-tracks, we got the first clue of what we were in for. At the far end of a large grain field, and enemy smoke barrage rained down out of nowhere. The major ordered everybody to go to ground and take defensive positions as he tried to get a hold of the situation.

Next thing anyone knew, Second platoon was engulfed in flames. Whether a surprise attack or enemy saboteurs is not certain, but from the screams not many survived the attack. (Enemy flame-tracks rushed the M10's) 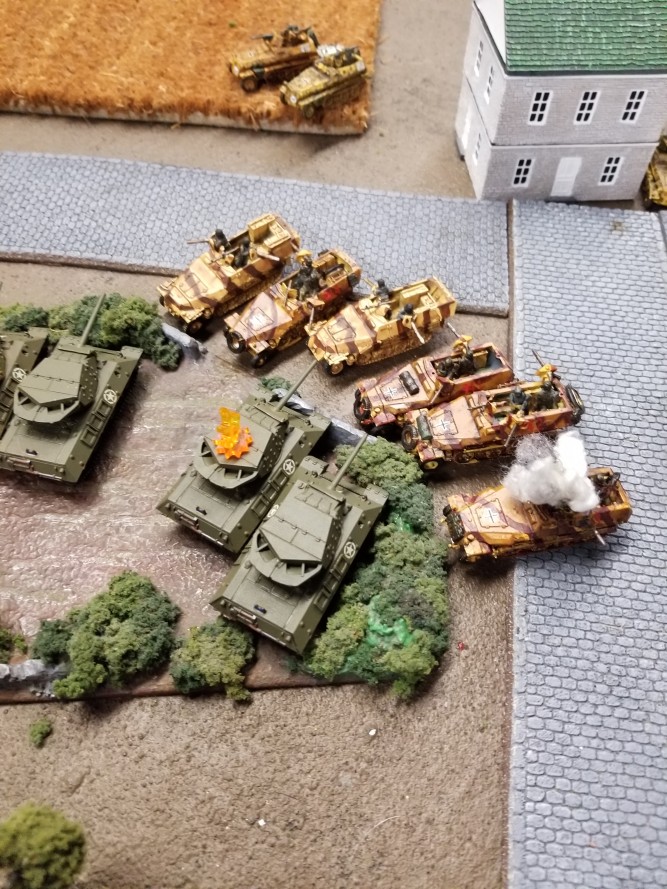 As the smoke from the enemy barrage finally cleared, we got a glimpse of what was waiting for us. PANZERS. Obviously intel was wrong and instead of a broken Ost battalion we were fighting some of Hitlers best. Even as the shock set in, more Panzers, Tigers this time(misidentified Pz IV's) appeared around our left flank. Enemy infantry were seen rushing forwards and all available artillery was called upon to bombard their position. 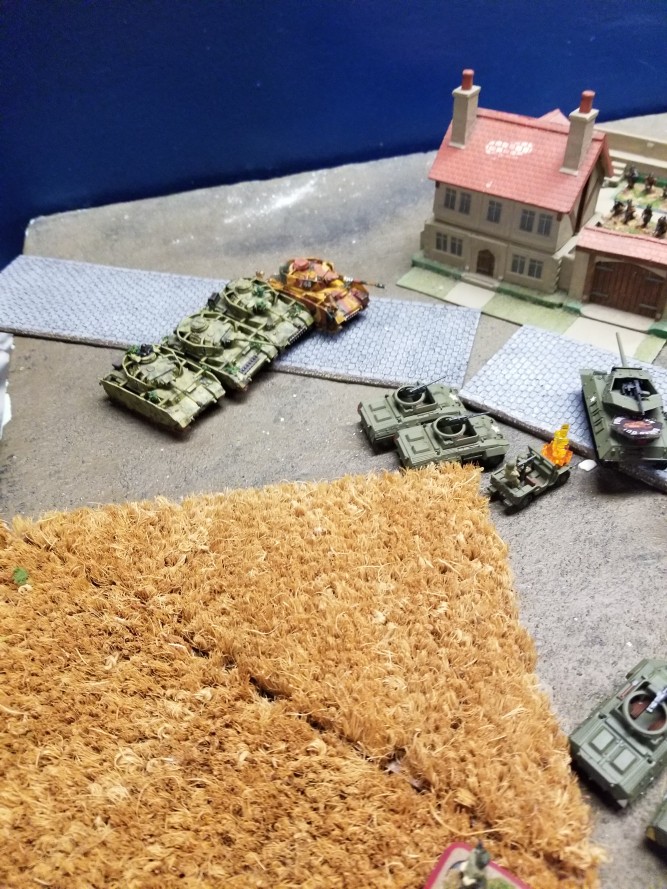 Before anybody could get organized, 3rd platoon (628th TD) was in flames along with Major Steiner's M20. 1st platoon (628th TD) was in complete disarray. Faced with enemy Tiger tanks Captain Finchley (B Co, 47th Armored Inf.) began calling for a retreat. As the senior officer he now had command of the force. As we retreated we could see the enemy tanks well supported by infantry and assault teams, moving into defensive positions. 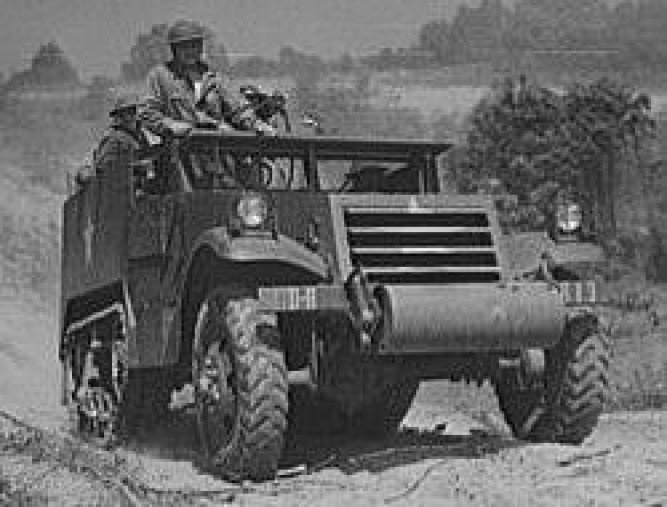 Yeah... so this was a quick and dirty battle that barely lasted 3 turns. While my initial set up was good, I failed to capitalize on my early advantage and made the mistake of staying in my defensive positions as opposed to rushing the enemy. As soon as the smoke was dropped my Armored Rifles should have charged allowing them to get into a good position for defense around the objective. Ah well, lessons were learned.