Played a No Retreat game with a guy I know. He was nice enough to take pics and let me use some since I didn't take any myself. I was pretty confident going into the game, due to him running a Tiger Tank Company and the scenario special rules limiting what he could have on the table. It was a hard fought victory, but in the end, overwhelming veteran armored rifle platoons going for both objectives spread him out too thin and he wasn't able to sufficiently defend both objectives. Only thing that didn't go my way was my P-47 air support. It became available turn 3, but never showed up (we played 6 turns). I was looking forward to rocketing some Tigers with it, but I guess it will have to wait until next time. 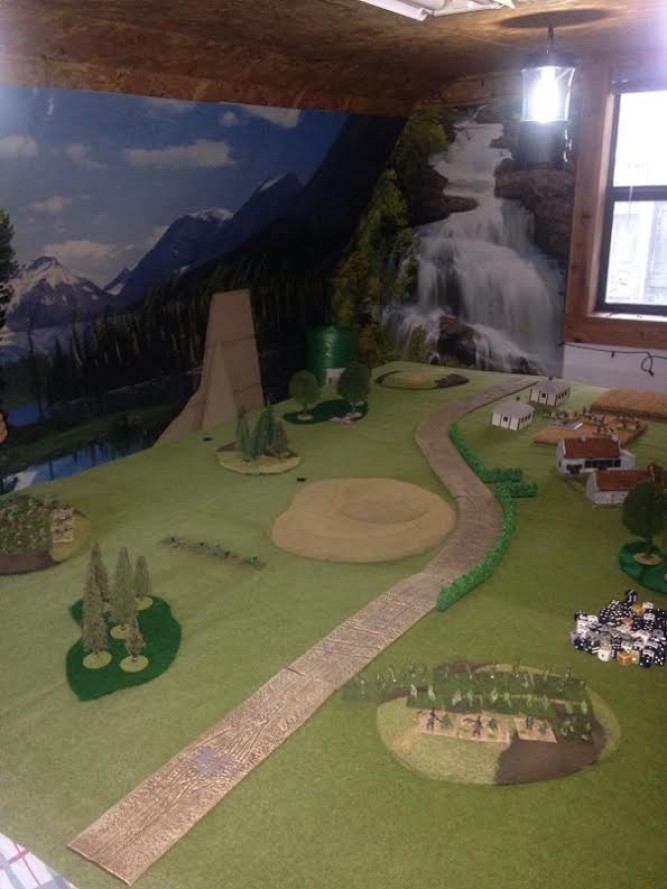 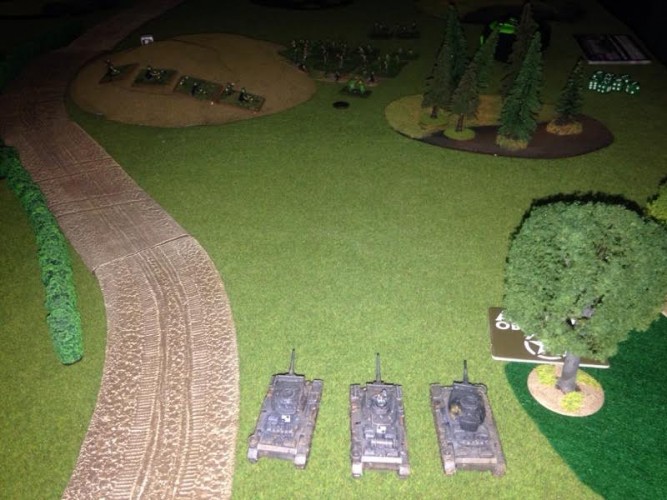 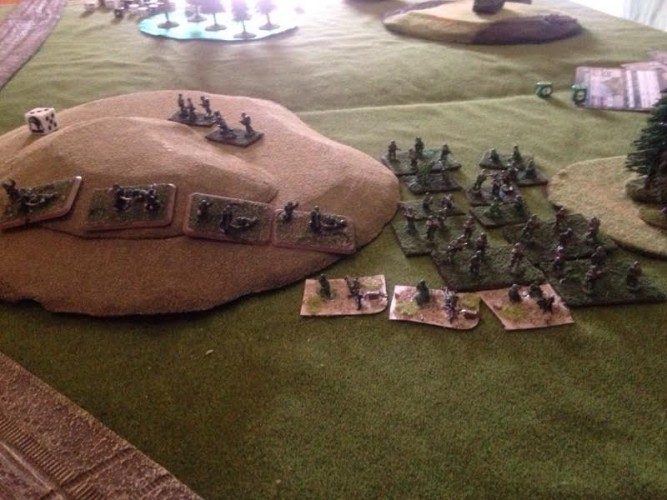 Valiant US troops pushing forward under cover fire from machine-guns. 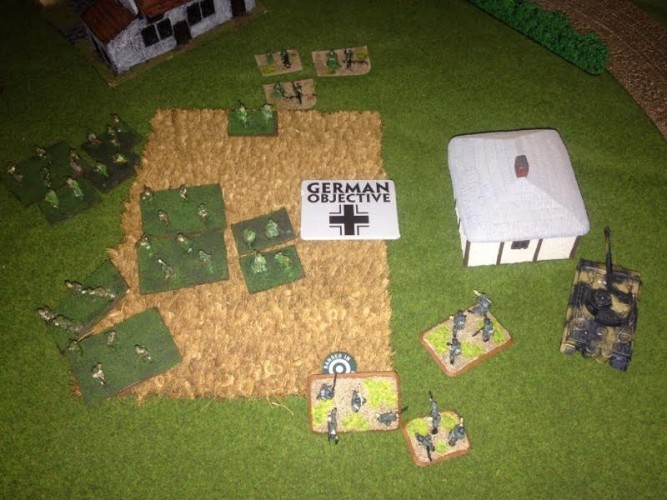 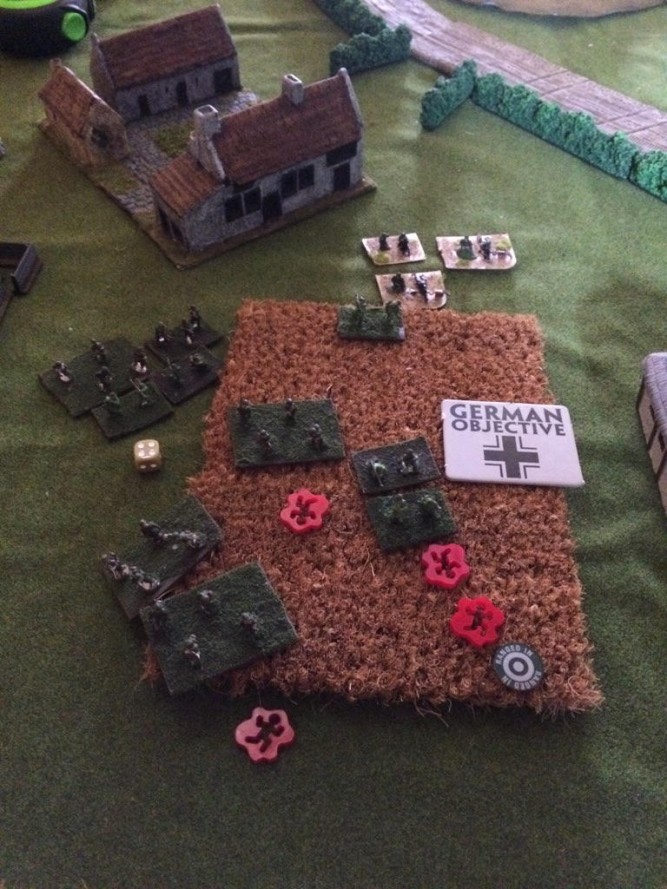 Overall, it was a great game and I had a blast playing. I think my opponent is going to make some changes to his list so it will be interesting the next time we get a game in. I really like my armored infantry platoons. They are so versatile. I might switch out my P-47 for something else, but I'll give it one more game to redeem itself. We shall see.