My third game of the tournament in Utrecht, the Netherlands, and I got to attack an armoured rifle platoon formation with lots of anti-tank support. With every table having bocage and hedges, it was going to be a game of fire and maneuver.
Was I going to be able to move fast, without any important assets getting stuck in the terrain, or was it going to be a slog?

When my opponent placed his minefields on one flank to deter my movement there, I realized I could have them removed in turn 3, and with a little bit of luck, even turn 2. I deployed aggressively on my left flank, which meant my opponent, who had most units covering the objective on the right, had to move his troops around. And moving means less shots coming my way. 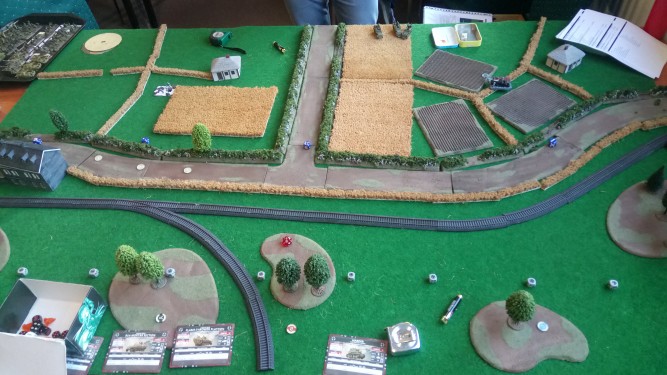 With my plan in place, I moved everything I had as far ahead as possible, using Follow Me with success for both infantry platoons, actually getting both into the minefields without suffering casualties (although one did get pinned down).
I tried to have the Marders cover the eventual Sherman and Stuart approach, and also moved the Tigers as far up as I could.
When Martin ambushed them with his M10s I feared the worst, but only one shot hit and I managed to bounce it! He then used Shoot and Scoot to move out of LoS again (dammit).

At the end of turn 2, I had two grenadier platoons poised to clear the mines, but with the "French" tanks taking the road there was still a possibility my troops were going to suffer as there was no concealment from the tanks on that side. 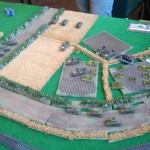 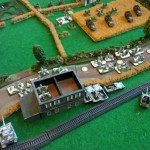 Successfully unpinning both grenadier platoons meant I could clear the mines and open the road for easier movement. My flame-tracks got through the hedges without any problems (go figure that), and since my opponent was kind enough to park his half-tracks near the bocage (so he could shoot me in his last turn), I was able to use a few teams to Sneak up on them. The few shots coming in defensive fire did nothing, and I managed to bail or destroy three of the transports, with the last one failing its counterattack. In my opponent's turn, it failed its Last Stand.

I tried to push through with my Tigers, but bailed only one M10, and get some shots into the Shermans with my Marders, but despite hitting quite a few tanks, I only bailed one. I feared this was going to cost me.

I lose two flame-tracks, a Marder, but more importantly, only lose a few infantry teams from both grenadier teams. 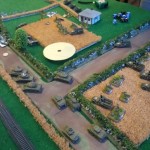 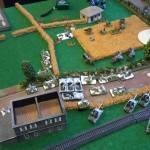 With enough troops left, I prepare myself for the assault on the objective. Targeting everything near the objective via shooting and a very successful assault, I manage to get on target. This meant my opponent needed to focus everything he had on the few grenadier teams left, but my saves were on point and allowed me to kill the last Scott that kept me from claiming the objective. 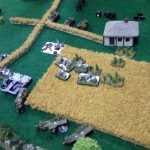 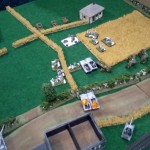 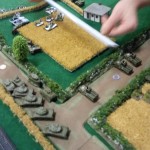 My apologies for the lack of a more detailed summary, but it was a tiring day. On the other hand, not that much happened during our game. I pushed one objective hard, and my opponent tried to counter that push. I think he could've stayed longer in the game if he moved his tanks more towards the threatened objective, but he chose to sit still and fire with Halted ROF.

I lucked out with my push into the minefields, which was an amazing gamble and totally messed up my opponent's plan.

The tournament had been great fun, with three fun games against three nice opponents. As I had chosen my force to attack, the first two scenarios presented a real challenge to me. With being able to attack in this third game, I could effectively take the initiative and have my opponent react to me.

The Tigers' performance was very underwhelming, but that doesn't surprise me anymore. I love the look of the tank, but it's simply too expensive for what it does, and doesn't reliably keep in the fight with a Confident 4+ rating. It either needs babysitting from an HQ, or I have to simply stop including them in my lists.