Knowing this was a point where Germany needed to lock down the American advance we took up positions where we could immediately cover one point we knew the Americans would be interested in. Further up the road we knew there was another point of interest to the Americans but knew our armor could rapidly and easily deny them this objective were they to move on it.

With pak 40s placed to cover a crossroads of sorts and the 8.8s on air cover duty, we felt certain we could prevent the Americans from taking what we thought was likely to be their primary objective. Hearing American engines in the distance the Tigers fired up and headed for the road just short of the other area we predicted might be a point of interest to the American forces. The panzergrenadiers set up in a position of objective denial near the other objective.

The tigers could easily be heard opening fire as soon as they hit the road and smoke was seen in the distance in the town, something had been knocked out. American engines could be heard driving through the hedge rows, as the Tigers pulled back behind some buildings hoping for safety American high velocity rounds began bouncing off of the hull of the Tigers, but no real damage was being done, I am sure the crew’s ears were ringing as if being inside of a great bell as it were run as round after round of American fire bounced from their hulls. One of the tigers returned fire but must have missed. Everything seems quiet in front of the panzergrenadiers, they are poised to either join the action, or push for an objective we have set for ourselves up the road in the distance if no american forces push their direction.

The Tigers bounce more rounds of American fire, a Sherman with the 76mm gun pokes through the hedges and boccage on the road and fires on a Tiger to no effect, another Tiger belches fire of 2 rounds punching clean through the sherman and brewing it up. The other Tigers send several rounds down range and more american armor begins smoldering in the distance.

American ground GIs start coming through the boccage and hedges and firing on the halftracks and panzergrenadiers who are poised for just such a scenario, a Sherman 76 also rounds the corner of the boccage opposite of the brewed up sherman likely due to the other blocking the road, the sherman fires at the 8.8s and misses, they return the favor but the sherman is not soo lucky about the accuracy of the mighty 8.8 and brews up. More American GIs come through the boccage just ahead of the panzergrenadiers and charge into contact but are pushed back and take heavy losses from the MG42s. Mortars rain down on the 8.8s knocking them both out.

2 Tigers advance to the secondary area thought to be an objective of the american forces to find 2 shermans sitting in the area and make quick work of them. Seeing American GIs swarming the objective we had initially planned to take the other 2 tigers and the Panzer III race down the road effectively flanking the american troops facing the panzergrenadiers. Nebelwerfers open up on the GIs who had come through in the distance from the Panzergrenadiers to devastating effect. Between the panzergrenadiers and the panzer III the american troops are decimated and the panzer III and 2 tigers led by Knispel rush forward to take the german objective for a major victory. 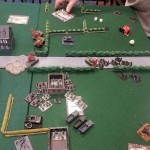 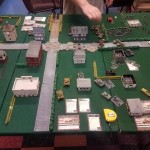 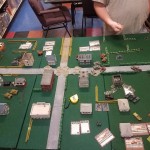 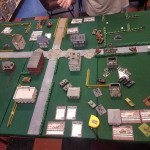 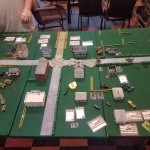 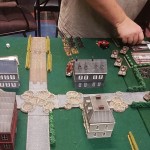 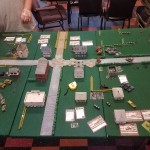 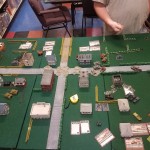 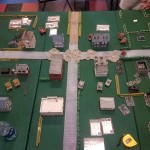 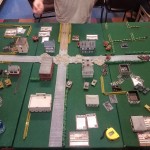 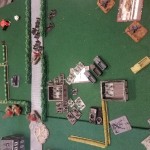 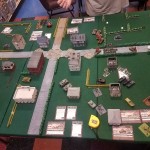 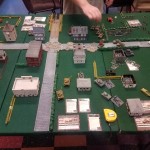 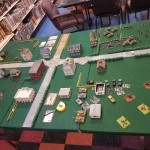 No one has recommended kfitz429 for commendation. Log in to be the first.