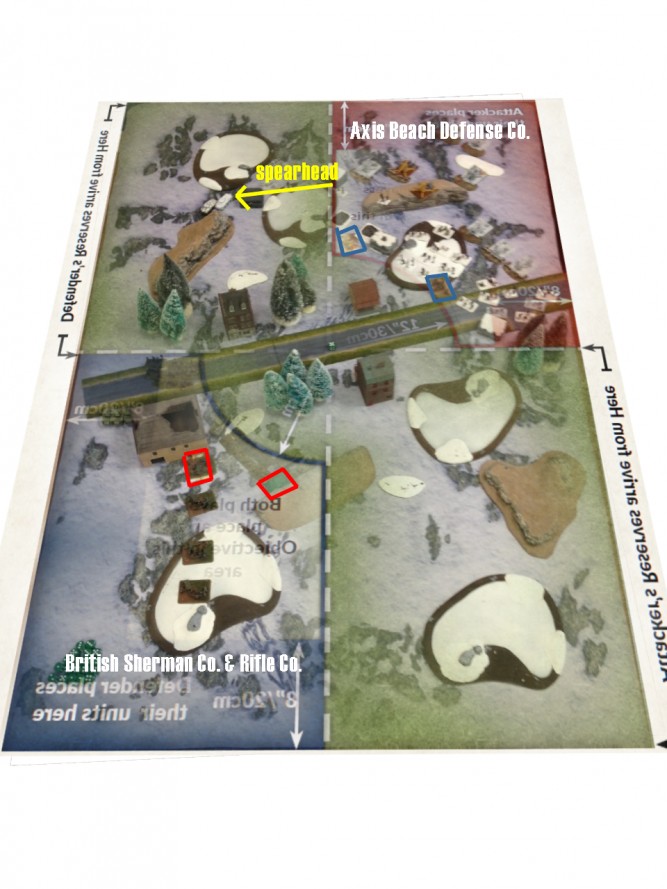 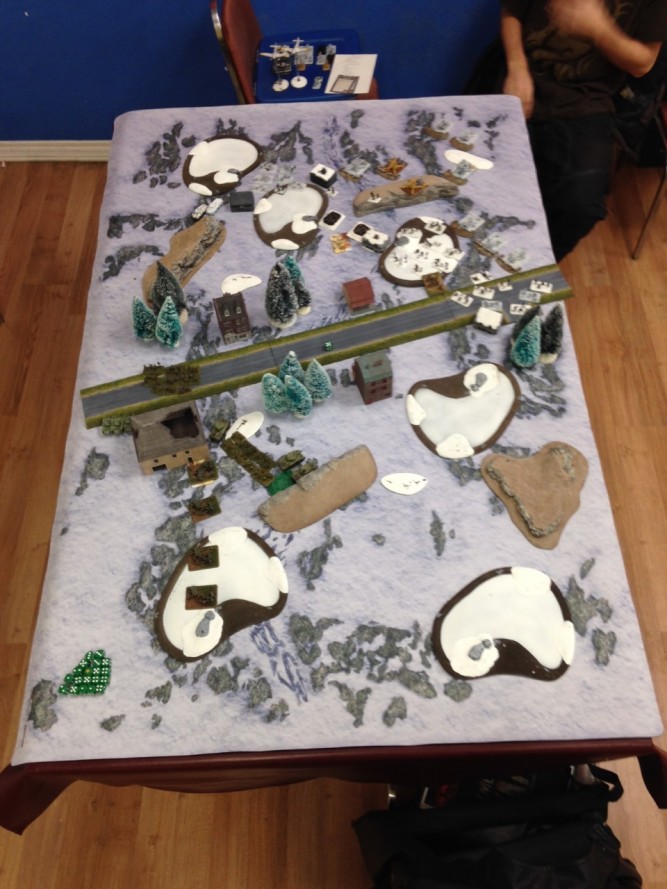 British received Immediate Fast reserves in the form of the platoon of M10, which moved quickly west to protect the British flank from imminent German reserves. British infantry moved up into nearby forest and buildings at the center of the field. Stuarts moved north into the trees to fire at the German scout car spearhead.

The Germans, as anticipated, brought in a platoon of Tigers which moved south and destroyed a Stuart, bailing another. German artillery ranged in the 25 pounders while German Stukas arrived and did the same, killing one team. German mgs and AT guns opened up on hidden British infantry, killing a few.

Two Sherman platoons arrived, moved up to the road and fired ineffectually on dug in German infantry killing an MG nest. The M10 moved into a firing position and destroyed one of the Tigers. The 25 pdrs fired again, killing several beach defenders. 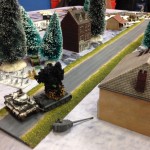 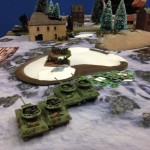 The remaining tiger fired on the M10s but only grazed them. Stukas and Artillery were more effective killing one of the M10s. To the east, German AT guns destroyed a Sherman and bailed another.

One Sherman and Firefly platoon returned fire and destroyed two Pak40s, while the other platoon moved up and fired MGs at the dug in infantry, and then assaulted killing several and forcing them out of their trenches. The remaining Stuart fired on the German scout cars, but hit nothing. The M10s moved up further and Killed the remaining Tiger.

German Grenadiers arrived, moved up and assaulted the Stuarts, leaving only one. AT and MGs fired on British infantry ensconced in a building pinning them, and at the Sherman platoon, missing them. Stukas arrived and dive bombed the Sherman platoons to no effect. 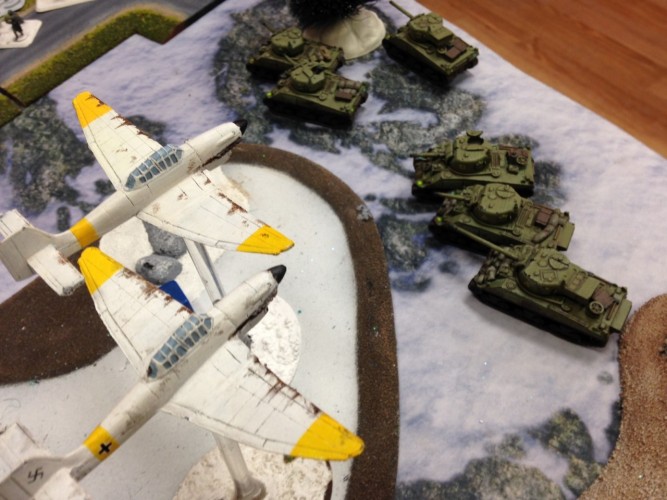 Stukas scream in on Shermans and Fireflies

A British infantry platoon moved back towards the objective, to defend it from incoming Grenadiers. While the Shermans and 25pdf decimated the Beach defense platoon that had been forced out of the trenches.

German grenadiers assaulted British infantry in the house next to objective, killing most and forcing them back. However, the second rifle platoon arrived with the company HQ and counter-assaulted, decimating the Grenadier platoon.