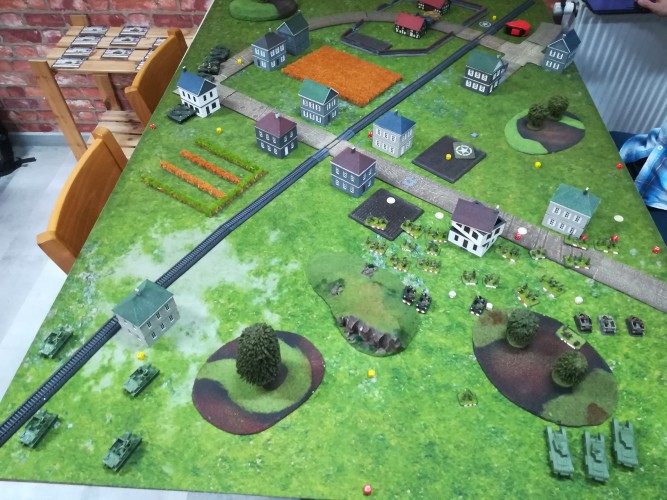 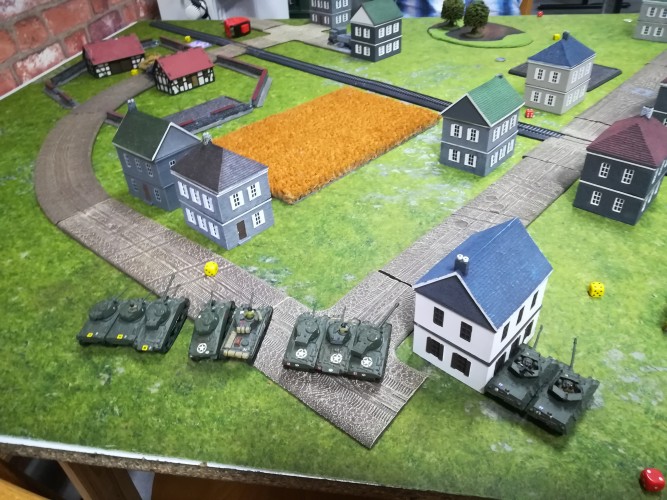 The Sherman formation was put on the left flank. Two M10s as a support were put together with Shermans. 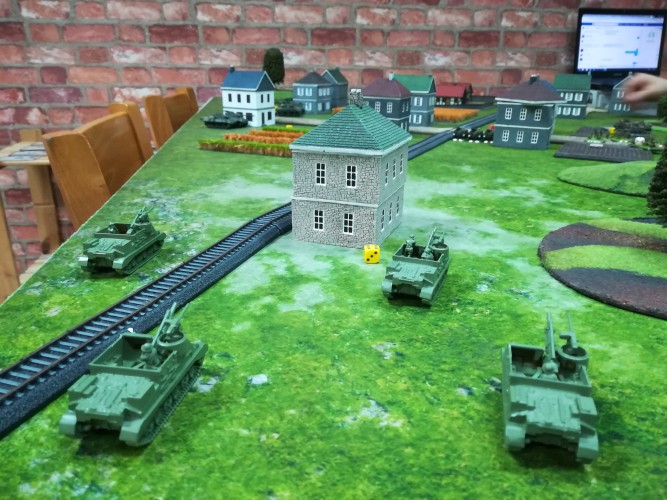 Four Priest were put in the corner of battle place. 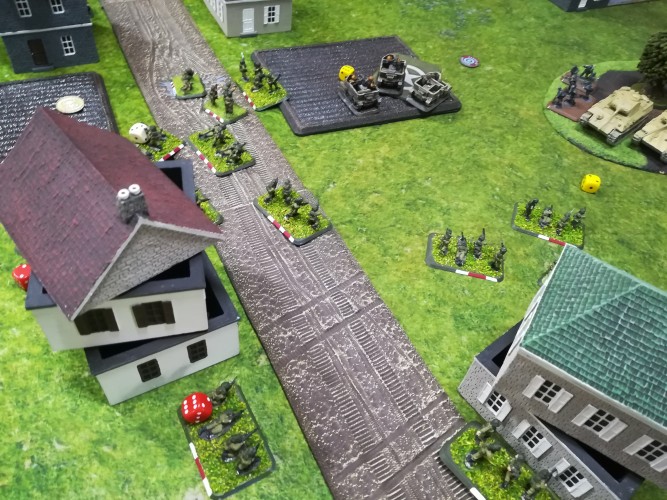 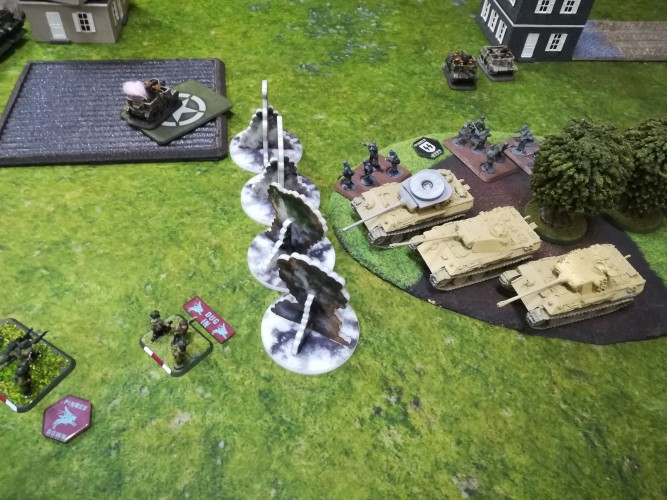 M10s destroyed one Panther tank, while British mortars put a smokescreen in front of the other Panther tanks and the Grenadier Platoon 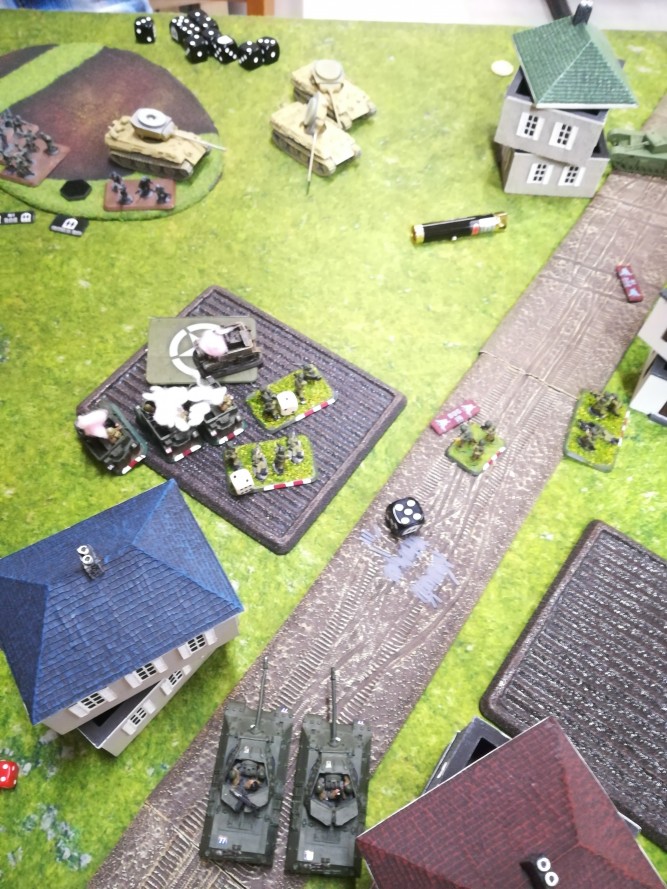 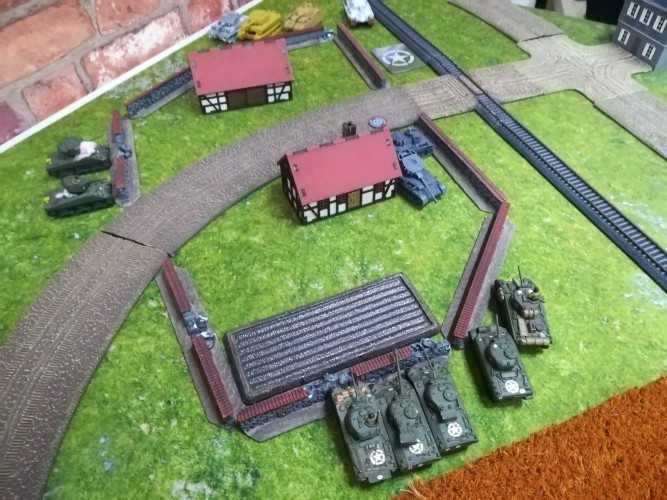 One Sherman platoon was destroyed, but the rest of the formation blocked the remaining Panzer's IV and two Tigers tanks as well as HQ Panther that came out of reserve 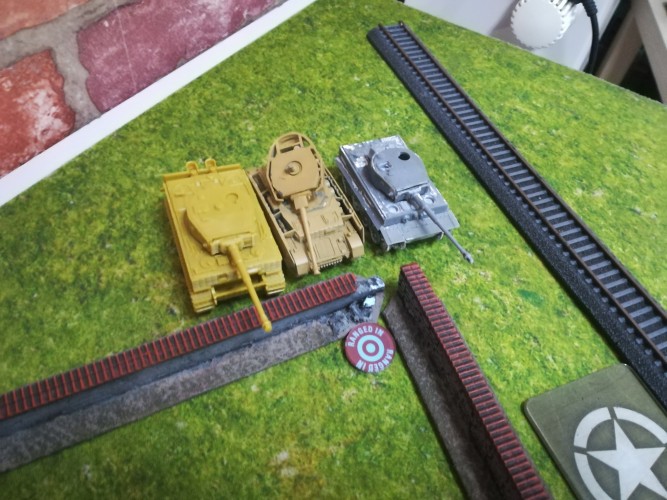 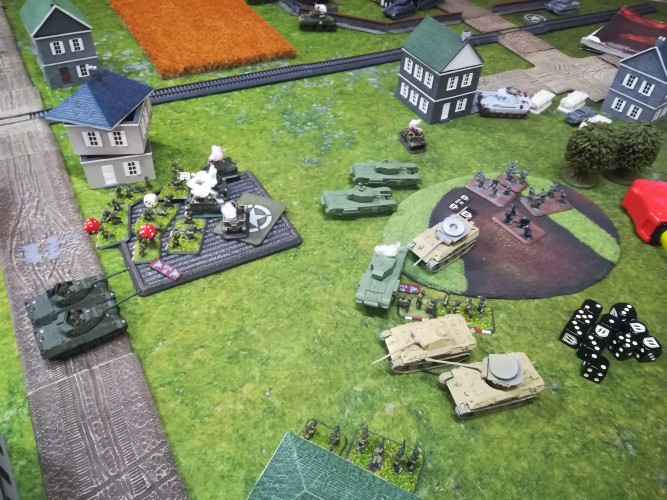 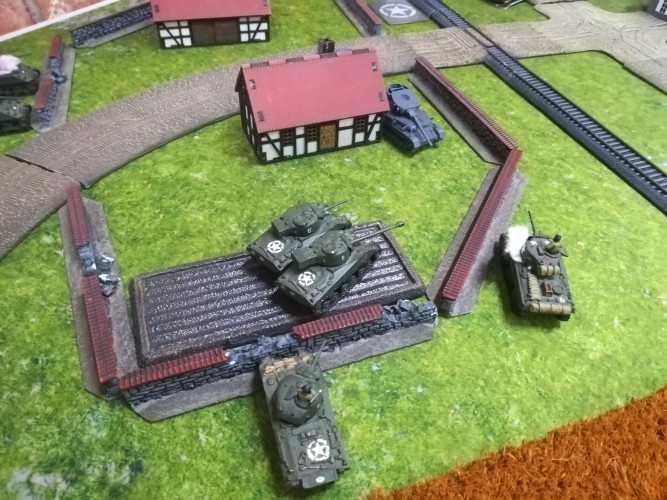 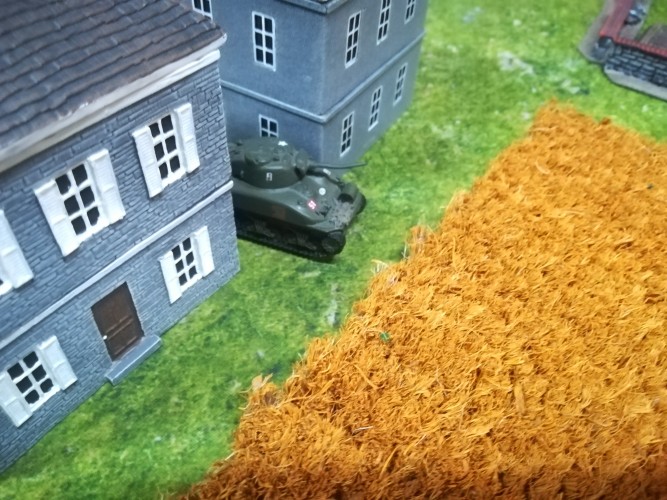 To avoid breaking the Sherman formation, the HQ Sherman tank was moved to a safer position

The most important was destroying 3 Panthers by two M10s. Priests and Churchils also did their part. Universal carriers were destroyed but successfully fired at German grenadiers. The infantry removed minefields and finally took the objective.

It was a really great pleasure to play with Adrian "Outflanked in Caen" scenario.

No one has recommended Magnus for commendation. Log in to be the first.