Patton has had enough of Monte and he sent 3rd Armor to claim Hill 112 so the mighty US 155’s can cover our advance.
So Briton dug into the hill while Lafayette Pool commanded 3rd into the area.

Setup:
British Armored force comprised of mostly Churchill tanks with some arty and and armored infantry in ambush.
they are praying for air-cover, Tank destroyers and personnel carriers for support.

In round 1:
US began pushing immediately and opening up with everything we had. in the first salvo we destroyed part of the personal carrier group and a few Churchill’s and Stuarts. the air force worked on the tanks with little affect, arty had the same results.
Briton replied with an ambush in the trees and a lot of missed shots, even British air was ineffective. Oh yeah, tea time kept his reserves at bay…

round 2:
US kept pushing towards the hill and hitting hard on the tanks. 155’s went on the move also to prep for some direct fire. air-support strafes the British arty but they took cover quickly and survived but they kept under cover for a while.
Briton returned with a hard punch, their armored infantry assaulted the 3″ guns destroying 2 and got their first kills of two 76 tanks. they charged in to assault a Sherman on the hill but could not kill her and they broke off. one 75 was bailed.

Round 3:
US pushed to the base of the hill with 2 tanks actually getting on the hill and within 8″ of 1 objective! with this major push on the hill, it saw the demise of most of the remaining British tanks. we even forced the infantry to run for cover on the hill.
Briton finally received their M10’s on the field. they attacked the rear of the Americans destroying and bailing out a couple 75’s. unfortunately their infantry was to scarred to come out of hiding but their arty did drop another round onto Pools tank with no affect. the armored infantry took out the last two 3″ Guns.

Round 4:
US 75’s did a hard about and challenged the M10’s head on, while the 155’s took out command Churchill and the 76’s took out the last of the Churchill’s on the hill. My M10’s destroyed their OP tank and tank’s and air force pinned the armored infantry again.
With the loss of command and the destruction of the main force and only minor support units left. Nothing left to challenge the Americans… Brits were done….

Round 7:
US for the win – fighting as an Axis player. 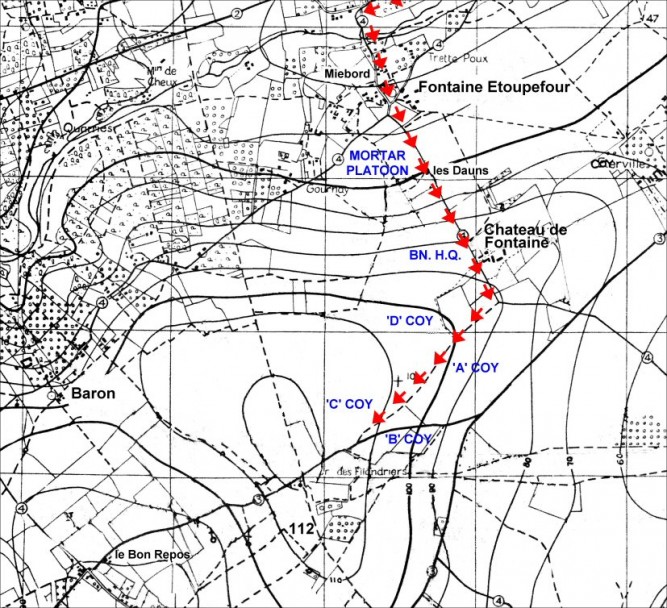 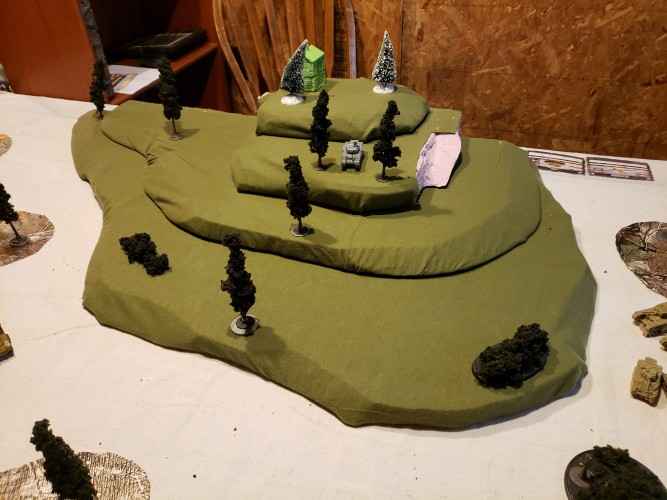 My recreation of hill 112 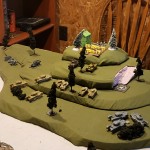 Can you tell the difference from the burning tanks and the trees?

1 Person Has Recommended MainFrame For a Commendation