Mission
A full Tiger Kompanie, likely from the SS sPzAb 101 has led a counterattack on Allied battle lines, and Task Force ASMR (Allied Sherman & Motorised Rifles) has been tasked with cutting off and destroying this formidable breakthrough force before they can cause further damage. Blocking forces along the roads have successfully slowed down part of the Axis forces, but the decisive maneuver to Totalise them would be within this town.

Battle Plan
As of the last reliable intelligence report, at least one Tiger platoon, supported by Pumas, had been reported entering the town vicinity. Contact had been lost with the other Tigers, but the intimidating whine of their powerful engines could be heard in the distance. Commander-ASMR would have to end this battle quickly before he is overwhelmed by German steel.

Concentrating his Shermans on the eastern flank, a clear path that scouts reported as being relatively obstacle and mine free, and with the Rifle Company approaching from the south, TF ASMR would sweep into the town and overwhelm the isolated spearhead before Axis reinforcements arrive to do the same to him. 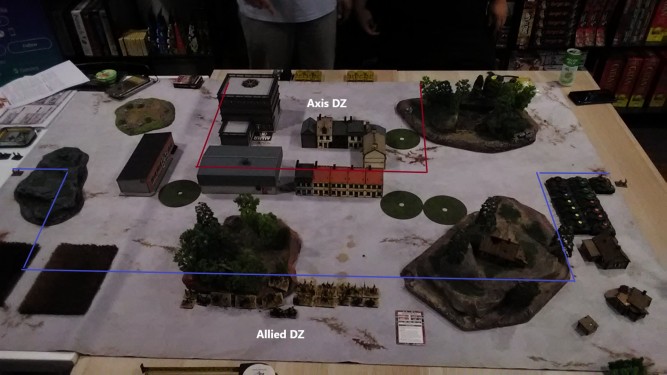 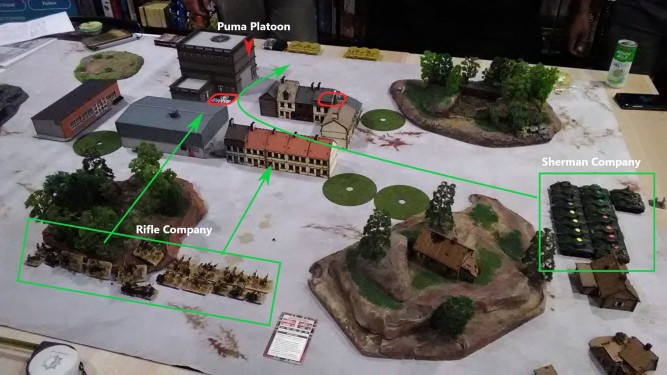 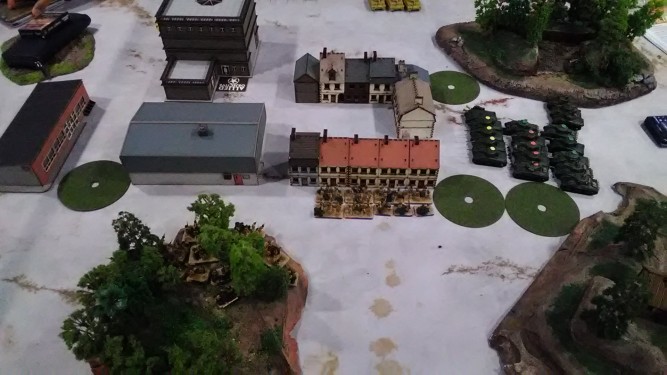 The Shermans move quickly towards the town and encounter a Puma platoon along the outskirts. They engage the Pumas, rapidly destroying one of them with deadly accurate 75mm HE rounds. The other Puma quits the field in short order. 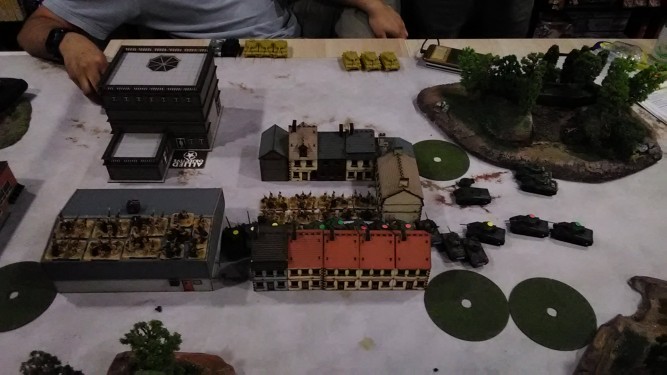 Meanwhile, the infantry move through the woods south of the town to clear the buildings. They secretly thank the scouts for accurate intelligence for once, and the buildings are indeed, devoid of enemy infantry. 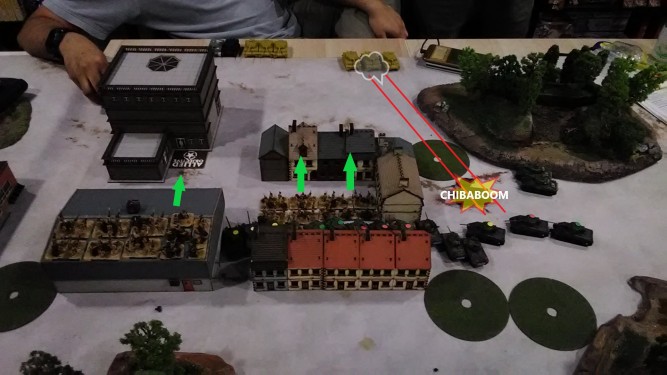 The Tigers show themselves, and quickly show what Tigers are capable of. One Firefly brews up instantly, and the other Fireflies take up firing positions. One 75mm Platoon provides covering smoke as the other Shermans make a round through the town center to bypass the minefields and flank the Tigers. 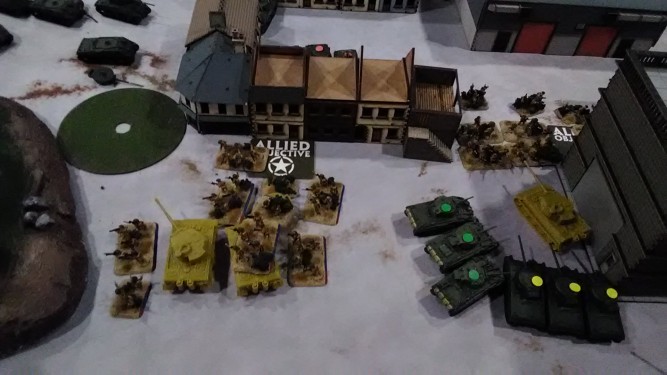 As Axis reinforcements start to arrive, the Tigers make one final attempt to stop the onslaught and maintain their tenous hold of the town. The Shermans flank the Tigers as the Rifle platoons swarmed the Tigers with whatever explosives they could muster. The combined arms assault proves too much even for the skilled Tiger aces, and they are destroyed in short order. 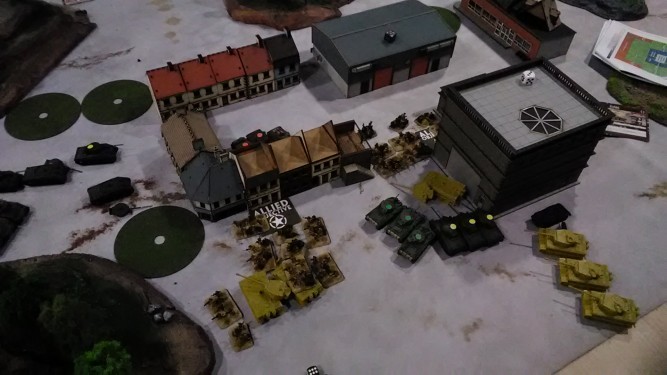 The Axis reinforcements are too late; the town had been captured by the time they had arrived. An Allied Victory.