FlamesCon 2019!
Captain Yates reporting on a skirmish near Argentan.
Most of my light tank company was on detached duty supporting an armored infantry battalion, leaving me with just one M5 platoon, my mortars, an armored rifle platoon, an M10 TD platoon, and a cavalry patrol to secure the village.
I decided on a pincer move with my company (-), just my HQ and one platoon, moving to secure the woods to the left of the village, while the armored rifles, covered by the rest of the force, cleared the woods on the right.
The cavalry reported Panthers in both woods and armoured infantry in the woods on the right. The Panthers opened fire knocking out my lead tank as I crossed the stream as German armored cars entered the village.
Picking my fight, I swung back to secure the village directly, using smoke to avoid the Panthers while the infantry moved up for their assault.
Unfortunately, German fire on the armored infantry was extremely heavy, with then suffering nearly 50% casualties before they could dismount. While their supporting M10 TDs managed to knock out the Panther supporting the infantry and my cavalry patrol dealt with the German half-tracks, the infantry was unable to assault. Prolonged bombardment failed to cause significant damage.
Things looked grim when three Tigers arrived, picking off several more of my light tanks at long range, while the Panthers moved over to support their infantry on the right. At this point, I continued skirmishing with the enemy while requesting air support and the return of my missing platoons.
Contrary to my expectation and past experience, the Air Force surpassed themselves with an immediate response that knocked out one of the Panthers. This enabled the tank destroyers to gain moral ascendancy and drive off the German tanks, despite being unable to claim any confirmed a destroyed.
My light tanks arrived just in time to stop a flanking move by German armored cars that had been developing for some time, and resume the advance on the right ad the Germans withdrew.
7:2 victory over Philip Petry in a challenging and enjoyable game! 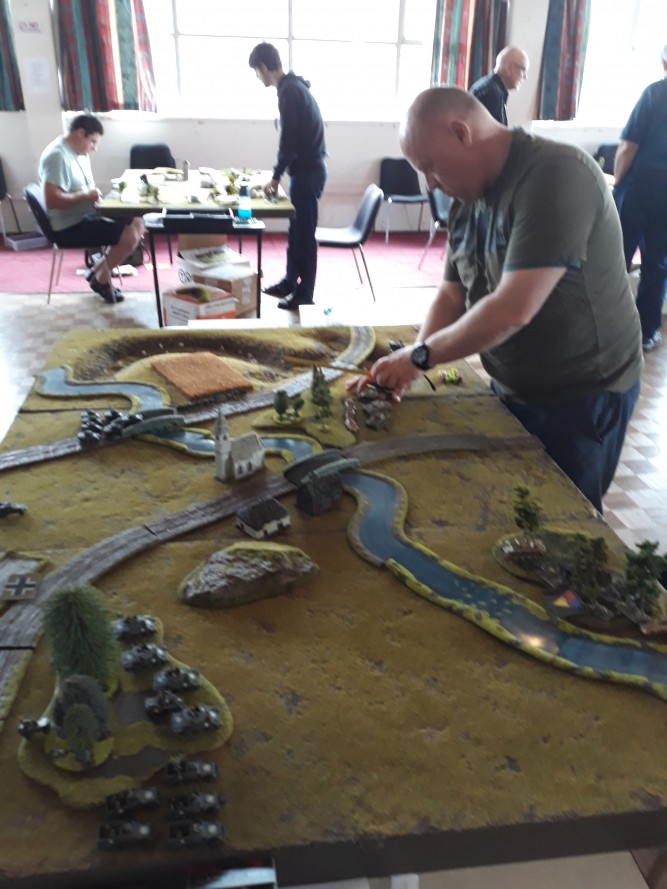 Phil Petry and his Panthers 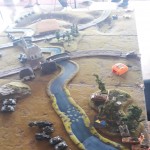 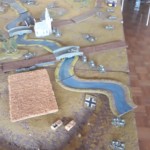 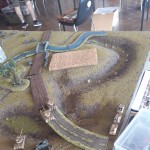 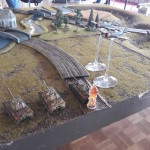 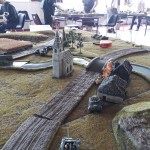 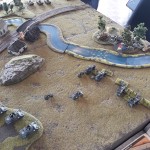 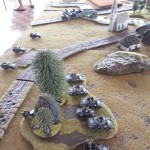