A makeshift reconnaissance company with two small infantry platoons – one reinforced with three Panzerschreck teams – dug in to defend two positions close to a nearby church. A PaK40 platoon was waiting in ambush and two platoons of Pumas providing overwatch. The first enemy platoon of four Shermans was attacked by the PaK40s destroying one and bailing another one. The Shermans seeking cover retreated while the bailed one was killed one round later. A platoon of Stuarts rushed to outflank the infantry and Paks and was covered by another platoon of Shermans and the two HQ tanks of the Americans. Getting caught in the crossfire of Pumas and Stummels from the reserve the Stuarts get destroyed. Stugs appearing in the back of the American forces put pressure on them but do no damage. The last Sherman platoon arrives from reserves and threatens the German objective. A fierce fight between them and the Pumas ends with quite a few German cars burning and low motivation leads to 3 destroyed German platoons. The StuGs manage to get closer and destroy the HQ tanks leaving no American forces within 20cm of both objectives after turn 6. 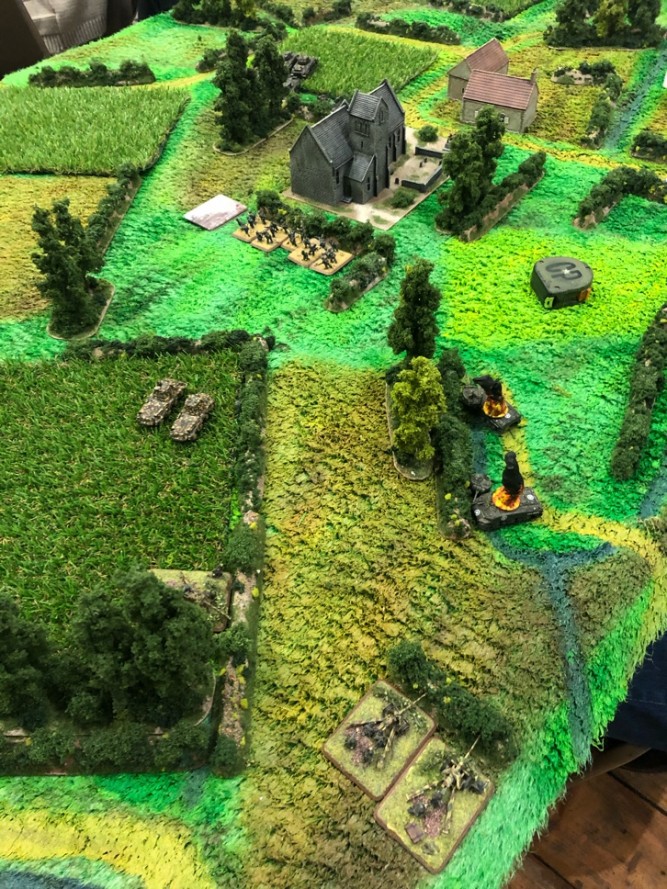 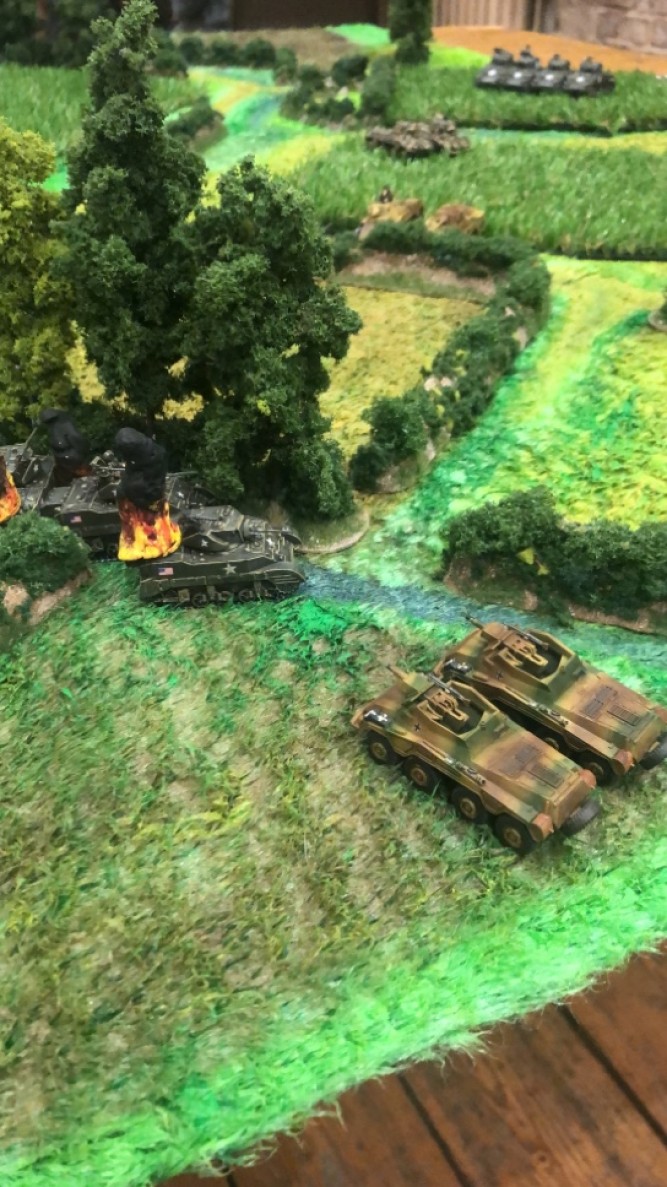 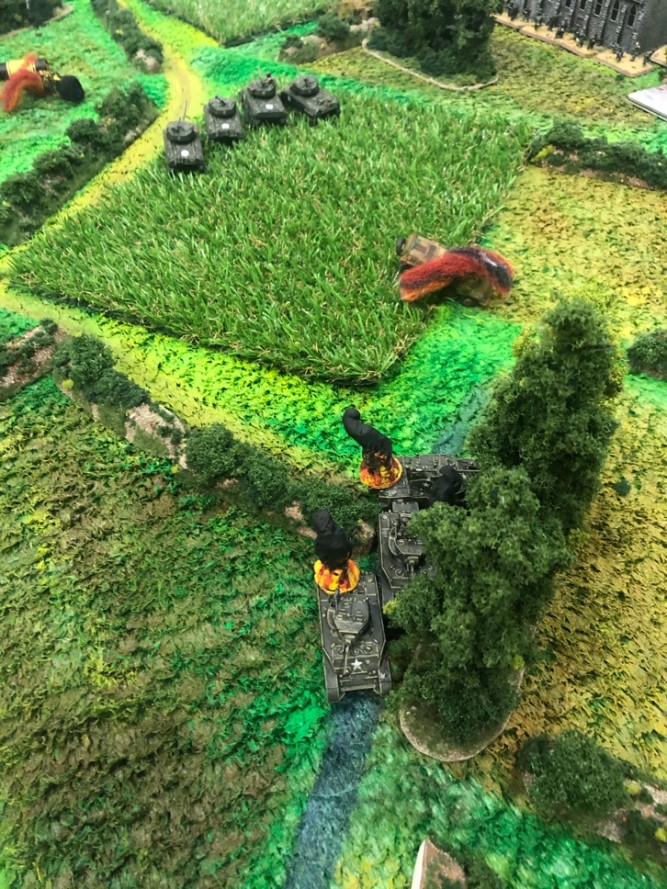