Panthers on the March

As the allied advance pushed through the Lorient and toward Paris, the remains of a badly mauled Pantherkompanie, only eight functional tanks, threw themselves into a desperate counterattack, to buy time for more German reserves to arrive in the area.

Despite making several tactical errors (almost as if the German commander hadn’t played the game *cough* commanded tanks in action for almost a year), luck was with the Panthers. So much luck, incredible, preposterous, frankly unfair amounts of luck.

With his tanks and antitank guns destroyed and his infantry pinned down and surrounded, and air support ineffectual, British commander Sir “Big Nige” Brand wisely chose to surrender, to spare the lives of his men. 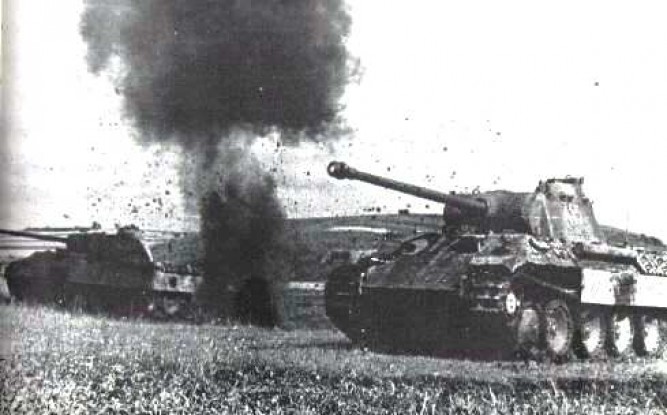