The Germans begin the battle with a Panzergrenadier Company consisting of: two Panzergrenadier platoons and their HQ, a sMG34 platoon, a 7.5cm Tank-Hunter platoon, a Grille gun platoon, and a SD KFZ 10/4 light AA platoon. For support they brought a Wespe artillery battery with a SD KFZ 250 OP to spot for them. A Tiger tank platoon and a Panzer IV platoon were held in reserve.
The Americans started with a Parachute Rifle Company with: two Parachute Rifle Platoons and their HQ, and a Parachute 81mm Mortar platoon. For support they fielded an Airborne 57mm anti-tank platoon, a Parachute 75mm Artillery battery, a M7 Priest artillery battery, a 3-inch tank destroyer platoon, an Airborne Jeep recon patrol, and a flight of P-47 Thunderbolts carrying 2000 lb. bombs.
The battle started with the American artillery fully focused on the German AA, devastating them. The German forces, besides the sMG34 platoon which moved to attack the American 75mm artillery, were content to stay in their foxholes and shoot at the Americans moved into range. The Americans rushed up their Jeeps and destroyed the German OP, but lost them the combined fire of the Panzergrenadiers, and the machine guns on the Grilles. The Tigers got to the battlefield only for one of them to be destroyed by the P-47’s and the other to flee the battle having not contributed to the battle. The Panzer IV’s got on behind the Americans second Parachute Rifle platoon and opened up with the machine guns, which managed to kill one group. The battle came to a conclusion when the American Priest rushed up to the objective and the Germans couldn’t remove them, resulting in an American victory. 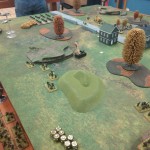 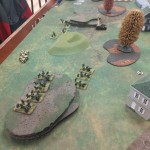 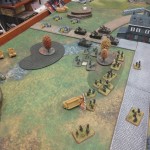 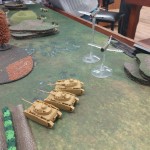 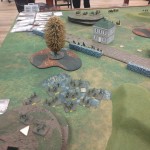 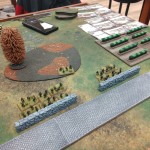 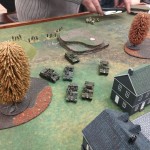 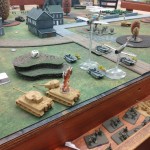 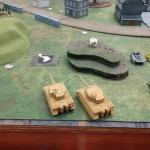 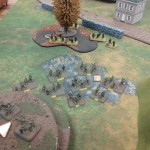 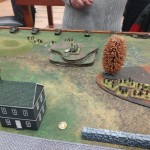 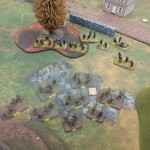 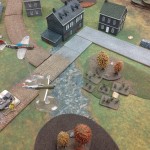 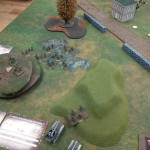 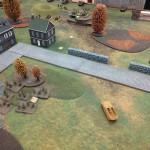 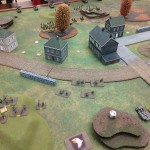 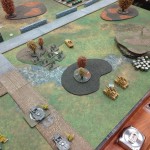 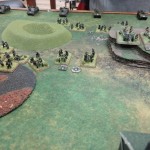 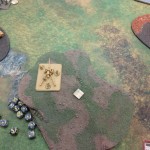 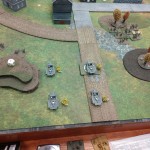 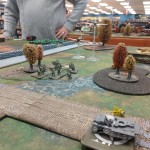 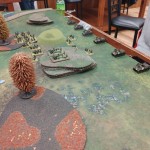 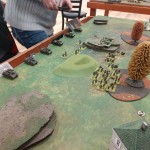 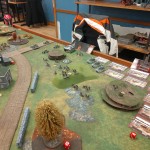 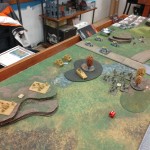 1 Person Has Recommended Tjones11 For a Commendation