The British paratroopers were fielded with the rules of a standard infantry platoon.

British reconnaissance have spotted some heavy anti aircraft units hidden in the fields near the village. The paratroopers were given reinforcements from churchil tanks and the objective to take out the AA guns.

The tanks rolled through the bocage with one infantry platoon on its right flank. The centre was covered by mortars and one, small infantry platoon. On the right there was the last infantry platoon with the support of daimler recce. Allies started firing into German infantry but the defenders were heavily dug in and there were no enemy casualties reported. In the response, the Granadiers fired back and slaughtered almost entire platoon that was in the middle (3 bases were left). At the same time, the enormous AA guns ambushed the churchils, destroying two and forcing the last one to retreat.

Situation for paratroopers was very hard, as they were radioed that enemy reinforcements with anti tank guns and sdkfz transports were spotted near the village. They had to hurry up or fight with more enemy troops. In those circumstances, the two almost unharmed infantry platoons moved into cover and assaulted the both enemy squads, winning both fights.

The Granadiers on the left flank ran away after the bloody close quarters, while the ones on the right decided to counter. The fight was again bloody, but won by the British. In response, paratroopers shot out the remaining Germans and secured both objectives. The AA guns had no ammunition supply, so were abandoned. Allies won. 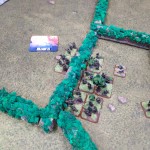 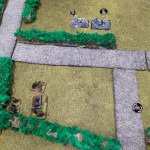 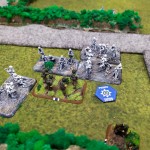 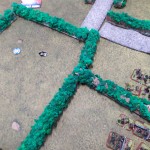 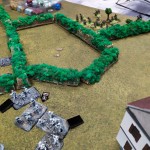 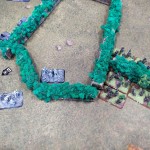 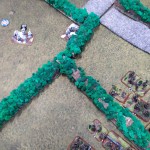 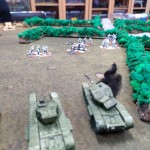 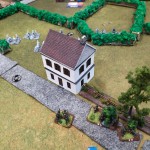 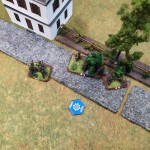 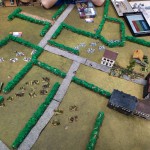 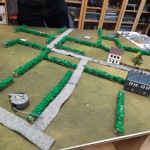 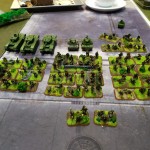