Last Sunday my forces were cornered at Vire.
This was our first time playing on a bocage table.
We used all of our hedges and fences as bocage. It was a fun game. 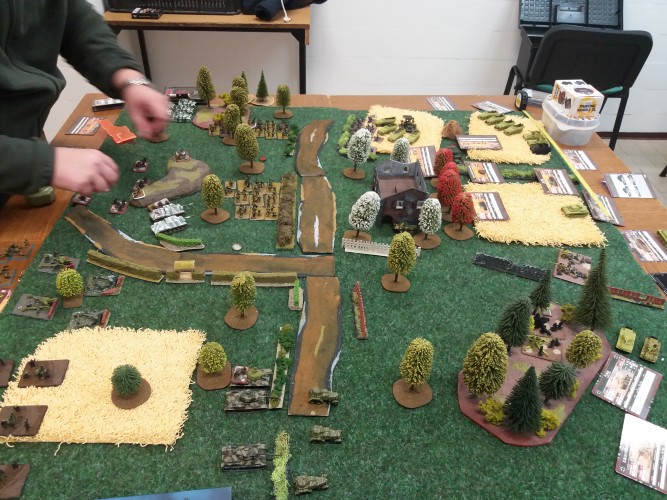 Attacking my pnazergrenadiers were the soviet forces. A Hero Motor Rifle Battalion
with lots of artillery, SPGs, armoured cars and tanks.

After leaving my Tigers and the second panzergrenadier platoon as reserves, I've deployed
my infantry, mortars and arty around the objectives behind the bocage. Spearheading my Pumas, I've deployed my 88's and PAK40's on the other side.

My opponent deployed his forces on the other side. Mortars and arty in the back, two motor rifle companies in the mid-left. SU-76's on the left, SU-152's in the middle. Armoured cars, T-34's and SMG armed tank riders on the right.

First turn saw the soviet forces closing in on the germans.
Tiger tanks arrived from reserve. Smoke was laid down to cover my left flank.
The Tigers managed to bail one of the SU-152's. My arty destroyed one armoured car and
one T-34 and killed some of the tank riding infantry. 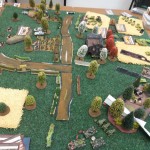 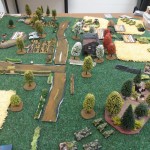 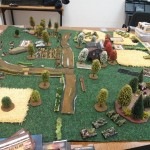 Second turn the soviets advanced, no real damage was done in the shooting phase.
The SU-152's and the motor rifle company assaulted my panzergrenadiers. The infantry assault was unsuccessful, my defensive fire was very effective. The heavy SPG's did not do any damage, I've counterattacked, did no damage. Then the SPG's broke off.
On my turn the panzergrenadier reserves arrived. My Pumas bailed one T-34. The infantry on my right flank killed some of the motor rifle company. The Tigers killed one SU-152. 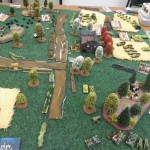 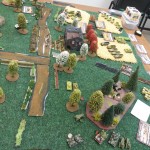 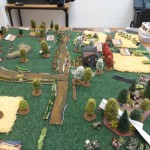 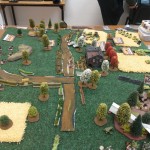 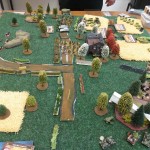 Third turn, the soviet infatry moved around in the middle, and the tank riders dismounted.
PTRD teams bailed one of the pumas. The remaining SMG teams assaulted and killed my 88's.
On my turn, my panzergrenadiers dismounted. I've moved the Puma and bailed out the T-34/85.
The combined firepower of my panzergrenadiers and their SPW's killed the whole motor rifle company and the battalion hq in the middle. 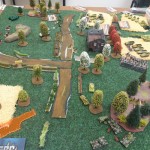 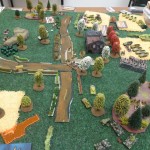 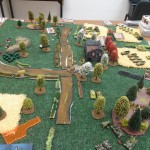 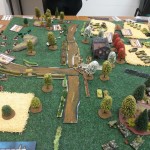 Fourth turn saw my opponent move the SU-152 and killing my Puma.
On my turn, I've failed to remount and failed my last stand with the remaining Puma. 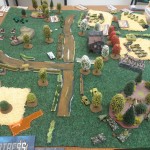 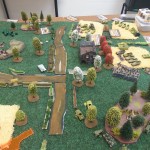 At this point my opponent surrendered. His first wave was unsuccessfull, but many more will come. 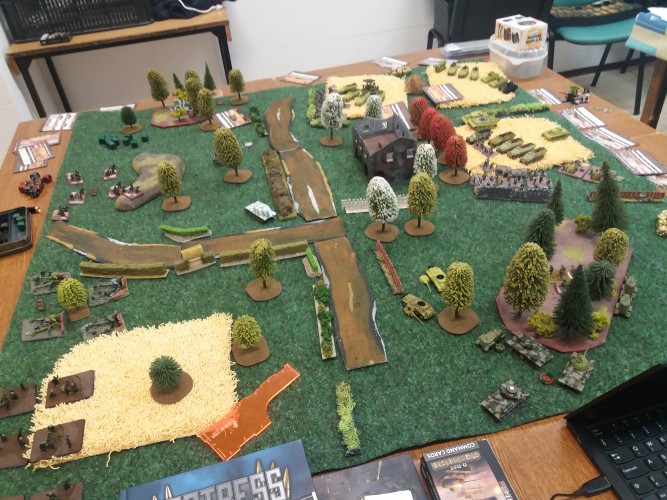