Which is the better german?

A 50 point game we played this evening.

MISSION: Free for all on a 4’x4′ table.
FORCES:
My Force was a Tiger with Panzer 3 support, Panzer 3 HQ and scout cars.
General Fuchs force was all Panzer IVs

I went straight for the objectives and didn’t see General Fuchs position himself for a win and the start of his next turn and I was not able to hit/kill enough to force checks. 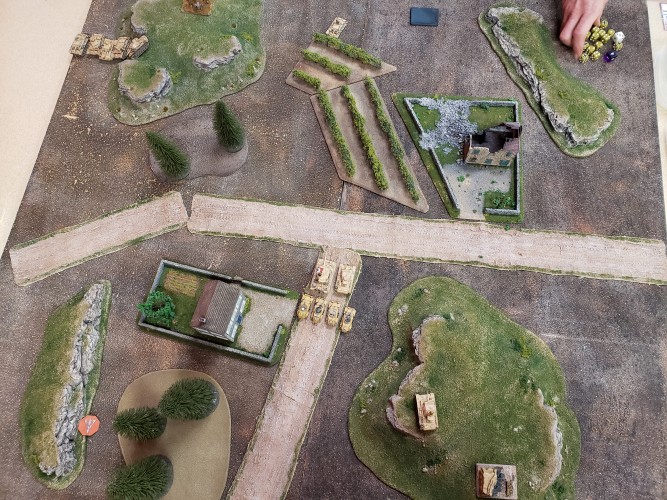