Defending the Bridge from the Russian advance

A 50 point game we played this evening.

I waited for the Russians to advance, P4’s in front of the bridge with the HQ close and the P3’s positioned to move to either side to deal with any Russian units trying to take the objectives. 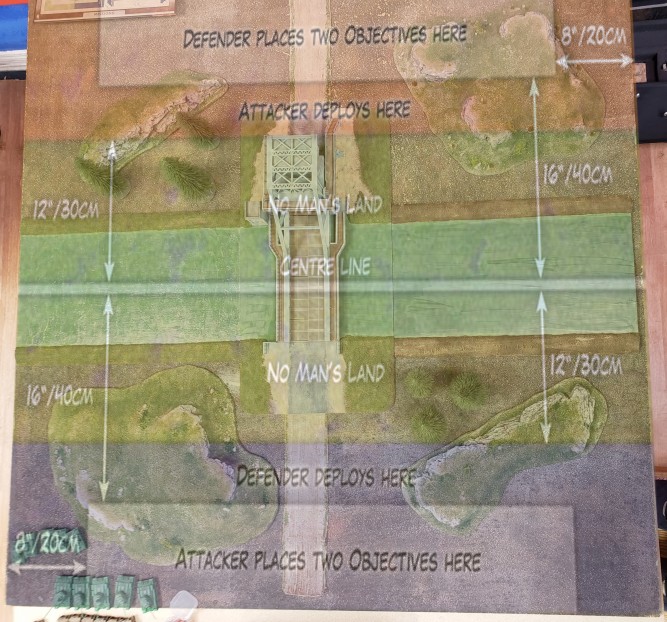 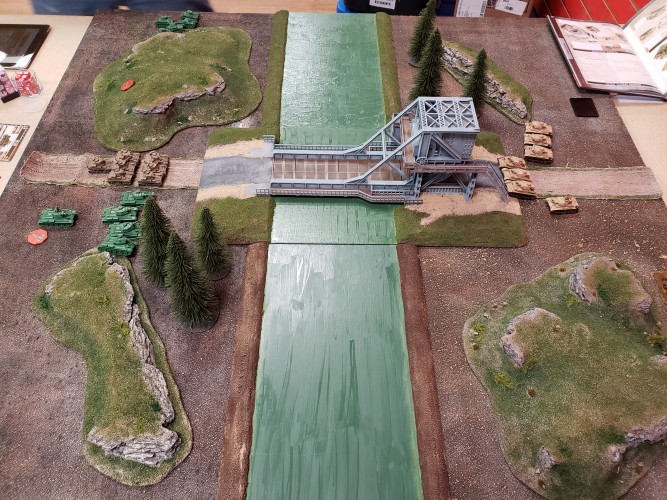 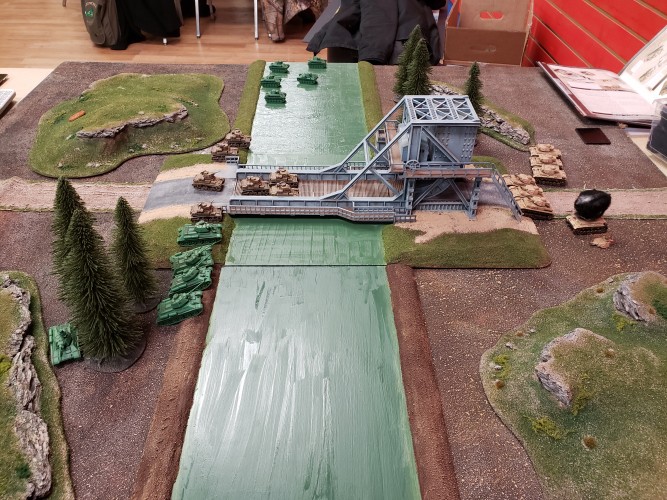 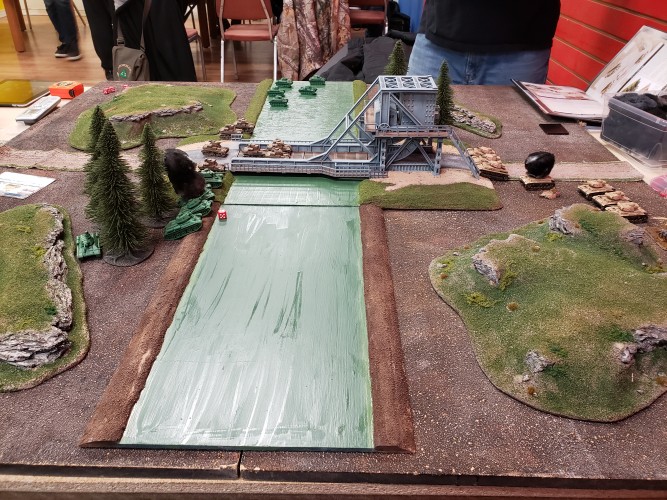 During my turn, I swung my P3's over and attacked the T-34 taking one out 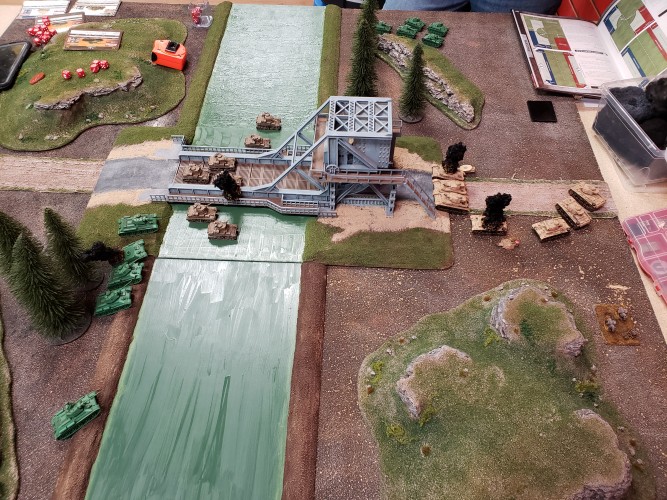 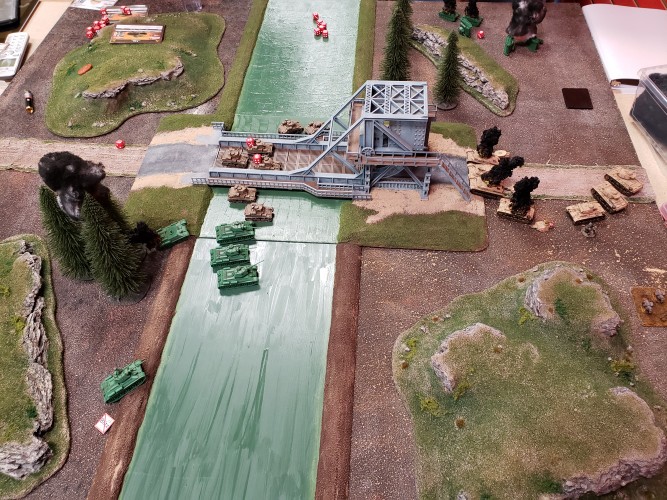 During my turn 3, the P3's took out the T-70, the P4's continued to attack the Stewarts 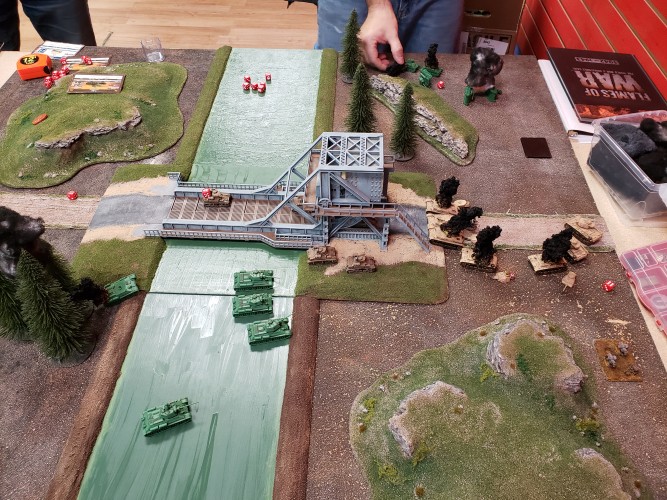 Turn 4, saw one of my P3's taken out as well as a P4. The P3's continued to attack the Stewarts, the P4 was bailed out and couldn't attack. 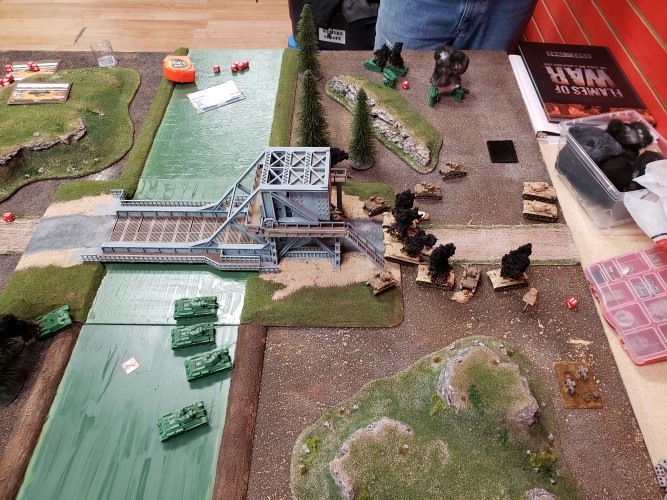 Turn 5, was the end with only my P3's still alive and no way to accomplish the mission