Escape from the Soviet Bear 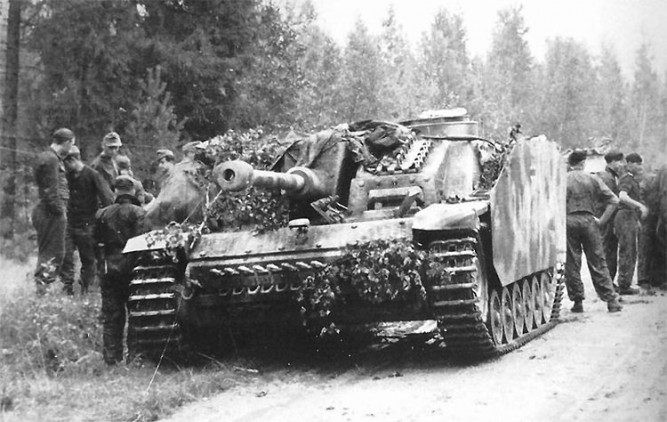 The Falaise Pocket or Battle of the Falaise Pocket (German: Kessel von Falaise; 12 – 21 August 1944) was the decisive engagement of the Battle of Normandy in the Second World War. A pocket was formed around Falaise, Calvados, in which the German Army Group B, with the 7th Army and the Fifth Panzer Army (formerly Panzergruppe West) were encircled by the Western Allies. The battle is also referred to as the Battle of the Falaise Gap (after the corridor which the Germans sought to maintain to allow their escape), the Chambois Pocket, the Falaise-Chambois Pocket, the Argentan–Falaise Pocket or the Trun–Chambois Gap. The battle resulted in the destruction of most of Army Group B west of the Seine, which opened the way to Paris and the Franco-German border for the Allied armies on the Western Front.

Summary of the battle

I chose the left table edge with my reserves coming in from the right.
Ruchey set up his forces in from the right edge.
Looking back on this decision I should have chosen the right side
-We placed our objectives; I placed mine (#2) left of the river thinking it would be harder for Ruchey to get to, he placed his (#1) near the river but closer to his forces.
We proceeded to set up our forces. I set up Infantry HQ, 2 of my infantry units, my Panzer III’s, 8.8 on the field with my stugs held in ambush plus keeping the required amount in reserves, my 3rd infantry unit, Panzer HQ & Panzer IV’s.

After the game I realized I should have had all 3 infantry on the board at the start and up at the front to fend off the soviet attack since having to travel such a long distance could have been easily done with the tanks but not so with the infantry. 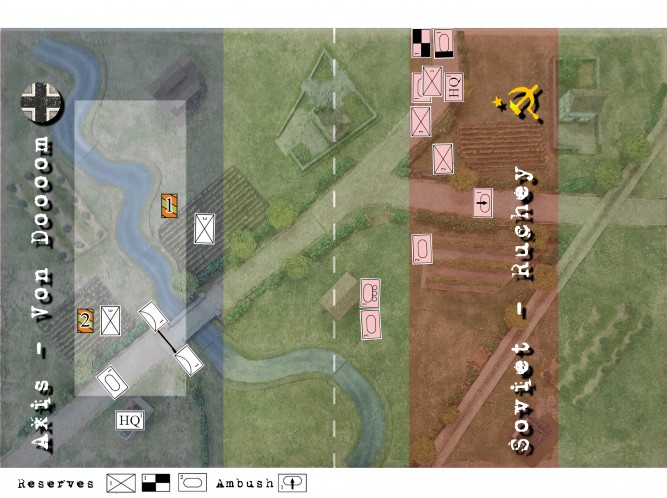 Soviets advanced on my position and proceeded to fire on my infantry guarding objective 1 and my one 8.8 on the side of the road.

On my turn I brought out my stugs from ambush and moved my panzers up to the bridge. I was able to bring on my panzer IV’s but because of the railroad and bocage I was not able to see anything to shoot at. The stugs, 8.8. Infantry shot at Ruchey’s big tanks which resulted in several kills but not enough to break the unit the rest of the units shot at the tanks on the road or his tanks south of the road. During the assault phase I managed to get my stugs out of the view to ready for another attack. 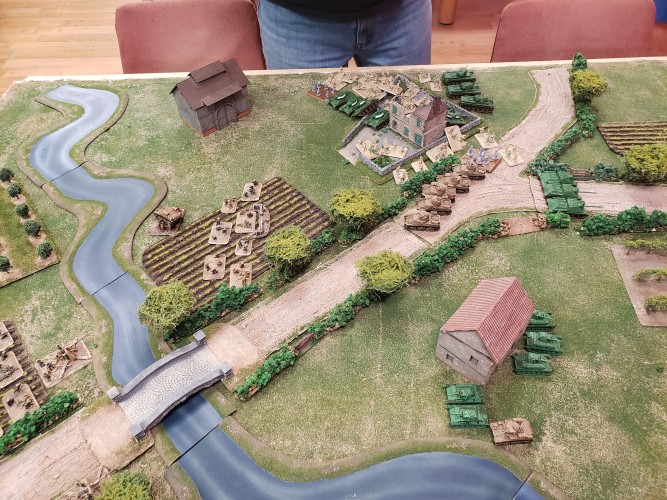 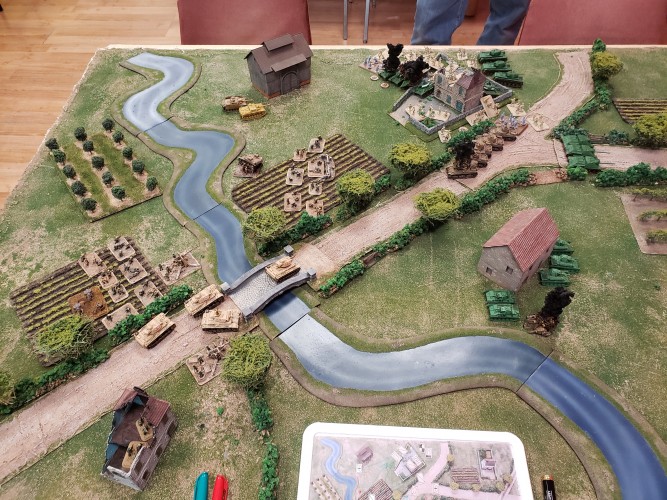 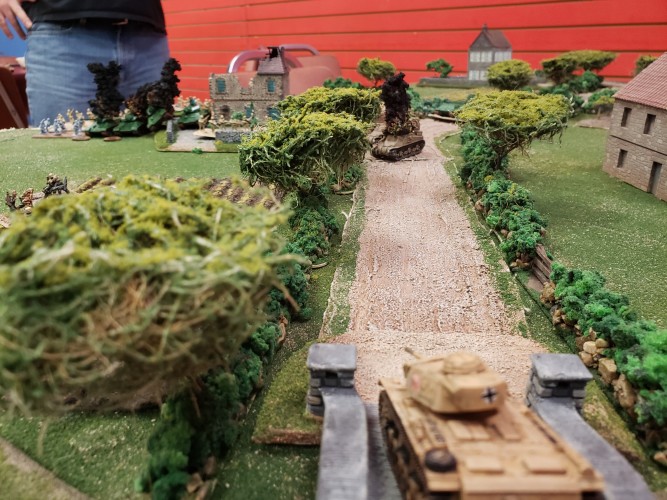 Ruchey’s forces advanced further towards me putting his infantry within assault range. At the fire step his heavy tanks managed to get far enough forward that they could hit the stugs while pretty much every other unit of his targeted my 1 infantry unit on the #1 objective except the tanks on the road continued to attack the panzer III’s and the South 8.8. His infantry then proceeded to assault my infantry taking them out and thus claiming the objective for himself.

On my turn I had to do something before he won. I popped my stugs out to deal with his heavies while my infantry moved onto the objective with the panzer III’s backing them up. The panzer IV’s moved forward but were pretty much out of the fight at this point as well as the panzer HQ. I hit Ruchey’s infantry unit with pretty much everything I had but because they were in my fox holes it proved to be too much and I wasn’t able to get them off of the objective this turn. With the size of Ruchey’s unit I opted to not assault, relying on surviving one more turn. 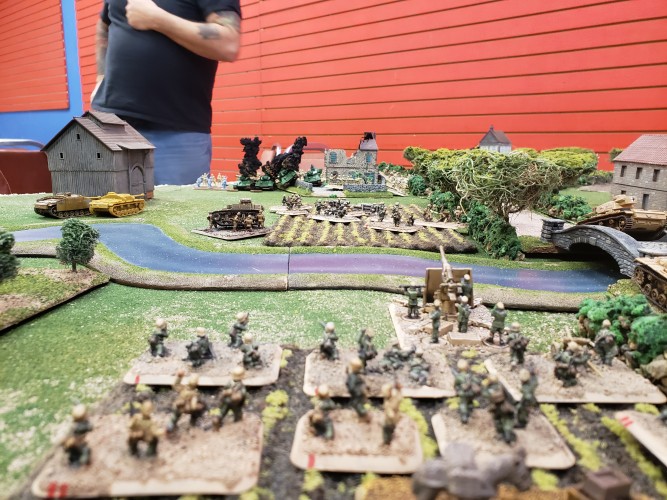 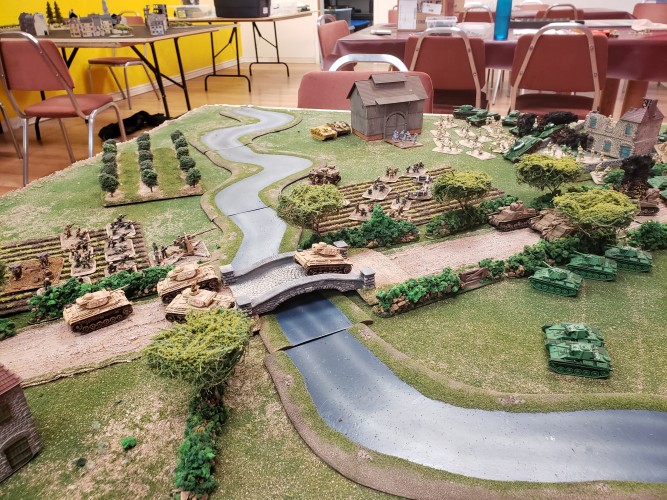 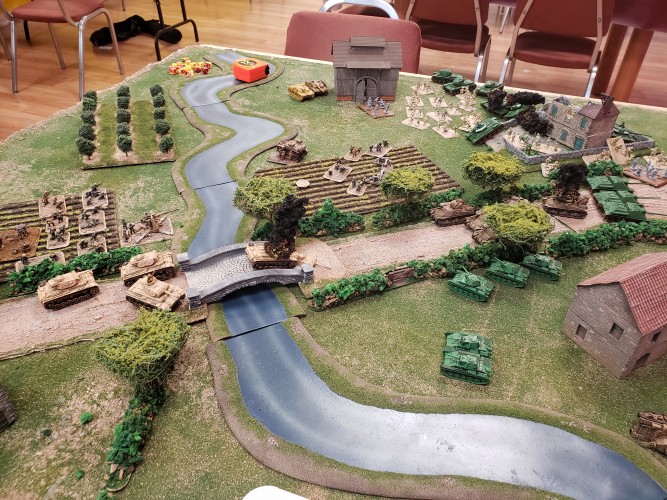 Ruchey’s forces didn’t have to move but he moved to get a better set up prior to firing. This was when everything that could hit my infantry unit did so resulting with the anticipated result…my infantry platoon being removed from the objective. With no other unit of mine within range to contest, the game was over. 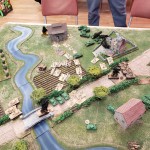 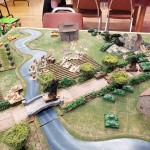 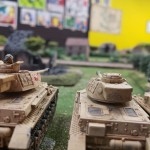 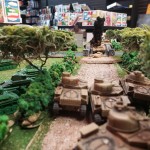 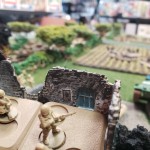 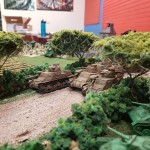 Like I have mentioned prior, there are a few things that I would have done differently if was given the chance but in the end it was a fun game against a fun opponent & army.