The Panzer Lehr Division was once again called upon to defend the German position at Vernon. Due to the previous losses suffered by his panzerkampfgruppe, Oberst Von Duck was left with a single platoon of Panthers from his previous engagements. Despite the sorry state of his formation, he was nevertheless issued orders to defend his assigned position with the remaining three Panthers and a company of battle-weary panzergrenadiers that he happened to pick up on the way to Vernon.

Facing the Germans were the US Army’s elite veterans – a full company of veteran riflemen with Stuart light tank support, a recce element, and plenty of arty to make the Germans quake in their pants. Complicating matters further for Von Duck were the intelligence reports he received suggesting that US armor and further support elements were en route to supplement the US forces assaulting his position.

US forces made a mad dash towards German lines. Noticing the Germans’ lack of numbers, the US commander decided to rush towards both objectives held by his opponent, supporting the advance with artillery. When the dust cleared, the Germans realised that they had lost half a squad.
– Having observed the US forces’ push, Von Duck decided to relocate the Panzergrenadier platoon on his left flank closer to the objective and setting them up in a position that would allow them to block the US infantry’s advance. His Panthers took potshots in the general direction of the advancing infantry and artillery positions, but nothing came of it.

A Few Hours into the Battle

The US forces continued with their advance, the Stuarts clearing away and pinning the eastern German position with massed MG fire, allowing their infantry to advance towards the objective unopposed. The defending German infantry on the western position, on the other hand, were the whipping boys of the US artillery which had their recce element observing and correcting their fire. A couple of Panthers were dispatched to take on the US recce element, and were rewarded by the destruction of a Greyhound armored car. This, however, was only a ruse played by the US commander to redirect the Panther’s fire away from the advancing infantry, who soon came upon the western position, engaging the German infantry at range. However, Von Duck was forced to peel his Panthers away from the western position to support the eastern part of town, where the German infantry had since buckled and retreated under the pressure exerted by the Stuarts and infantry.

To make matters worse, a platoon of what appeared to be upgunned Shermans appeared in the northeast, loosing a hail of fire that incapacitated one of the Panthers. The Panthers were nevertheless able to make it in the nick of time to disrupt the US forces overrunning the eastern position.

…and out of nowehere, a rumble was heard by the defending German infantry as Panzer IVs came onto the field, hosing down the US infantry with MG fire and shutting down their advance.

To the west, the Panthers took advantage of the wrecks of the Stuarts they had destroyed earlier to provide themselves some cover, even as the Shermans maneuvered themselves on to the Panthers’ flanks…

… but we called it then.

Wait, we're supposed to defend Vernon against THAT? 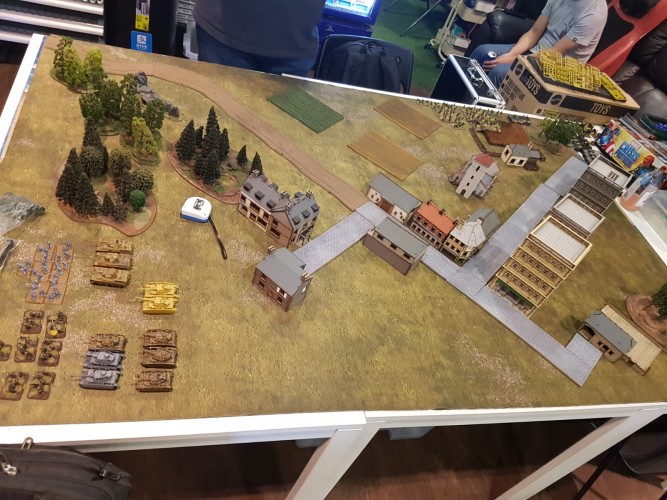 A quick bird's eye view of the battlefield 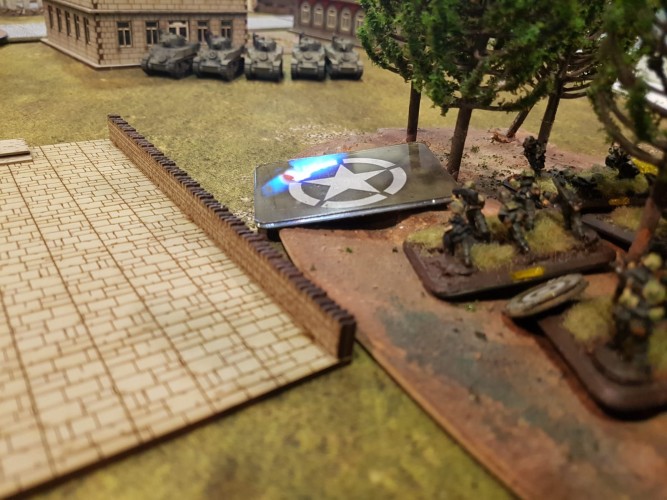 Uh oh, the Yanks are coming 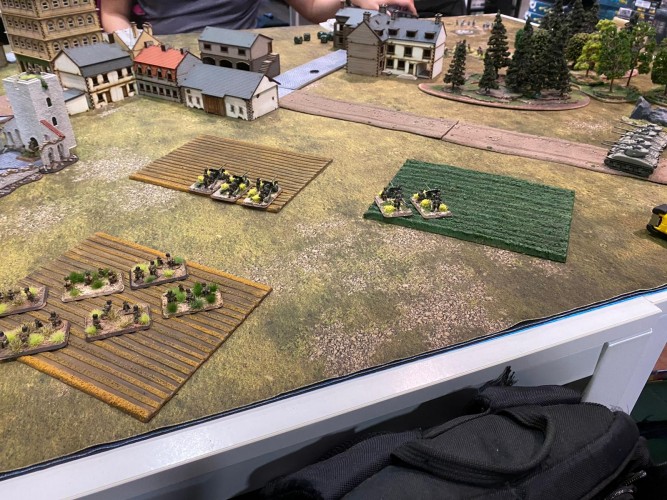 US anti-tank gun and arty support in their backline 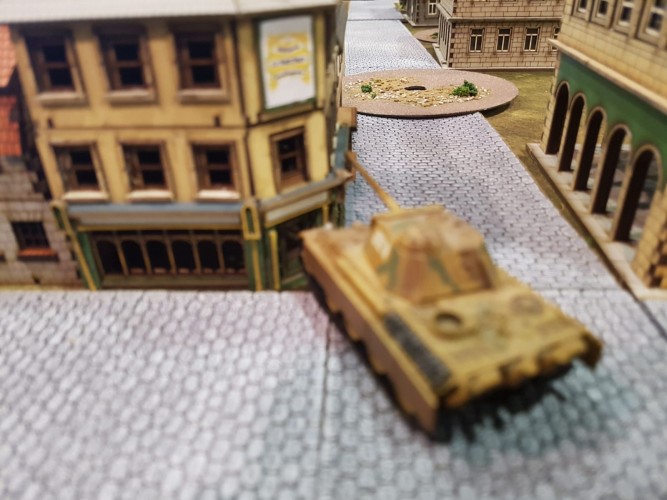 "Are you absolutely sure we're not the ones about to be ambushed?" 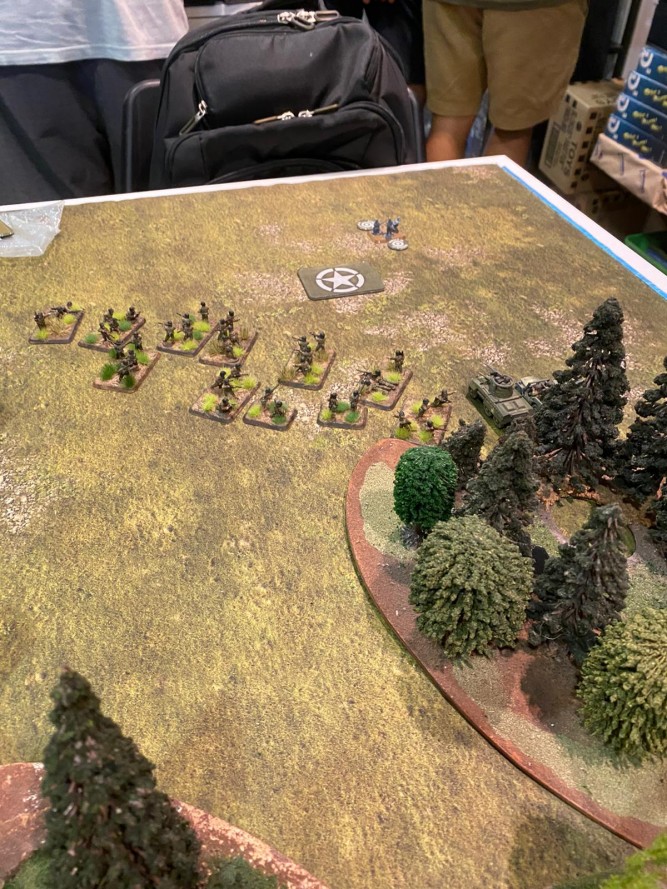 Quite literally the last man standing - these fellows deserve an Iron Cross! 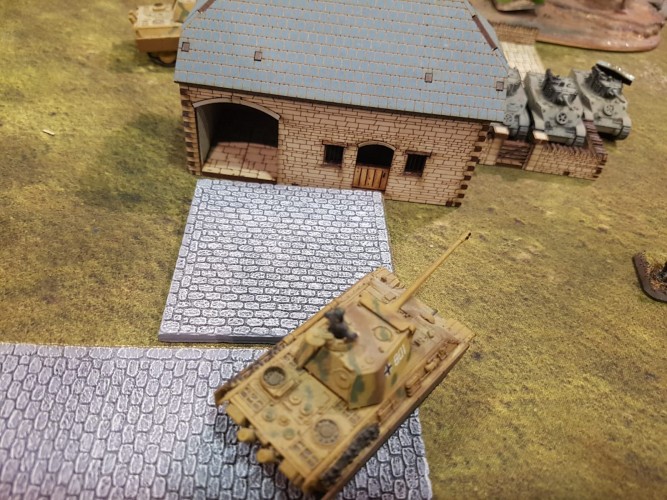 Playing peekaboo with some cheeky Stuarts 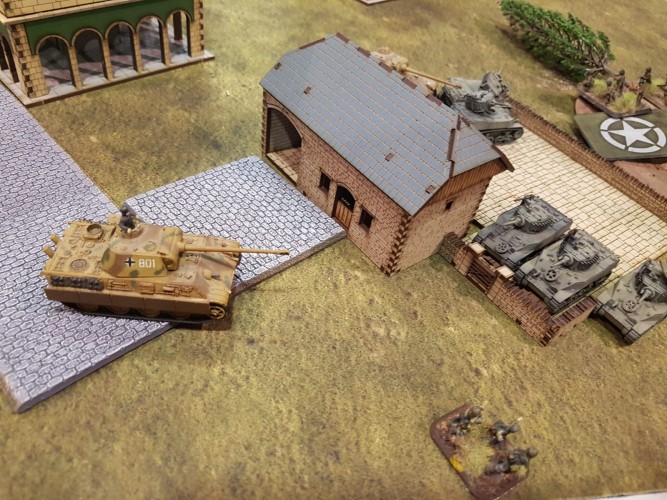 The Panthers made a desperate effort to contest the objective after the Panzergrenadiers were wiped out. A for effort!

1 Person Has Recommended Von Duck For a Commendation