HELP & HOW TO:
Browse the Theatres of War

To see how each theatre is affected by the conflict you can browse to each of the theatre hubs via the Theatres drop down menu found on the navigation bar. 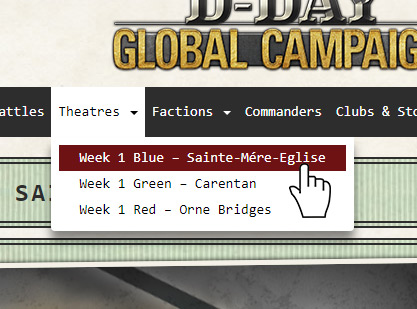 If you have logged in you can download a mission briefing document detailing the book scenario, suggestions for the battle and its strategic objective. This is found in the Available Theatre Missions section.

Inside each Theatre, you will find the latest statistics and data for: 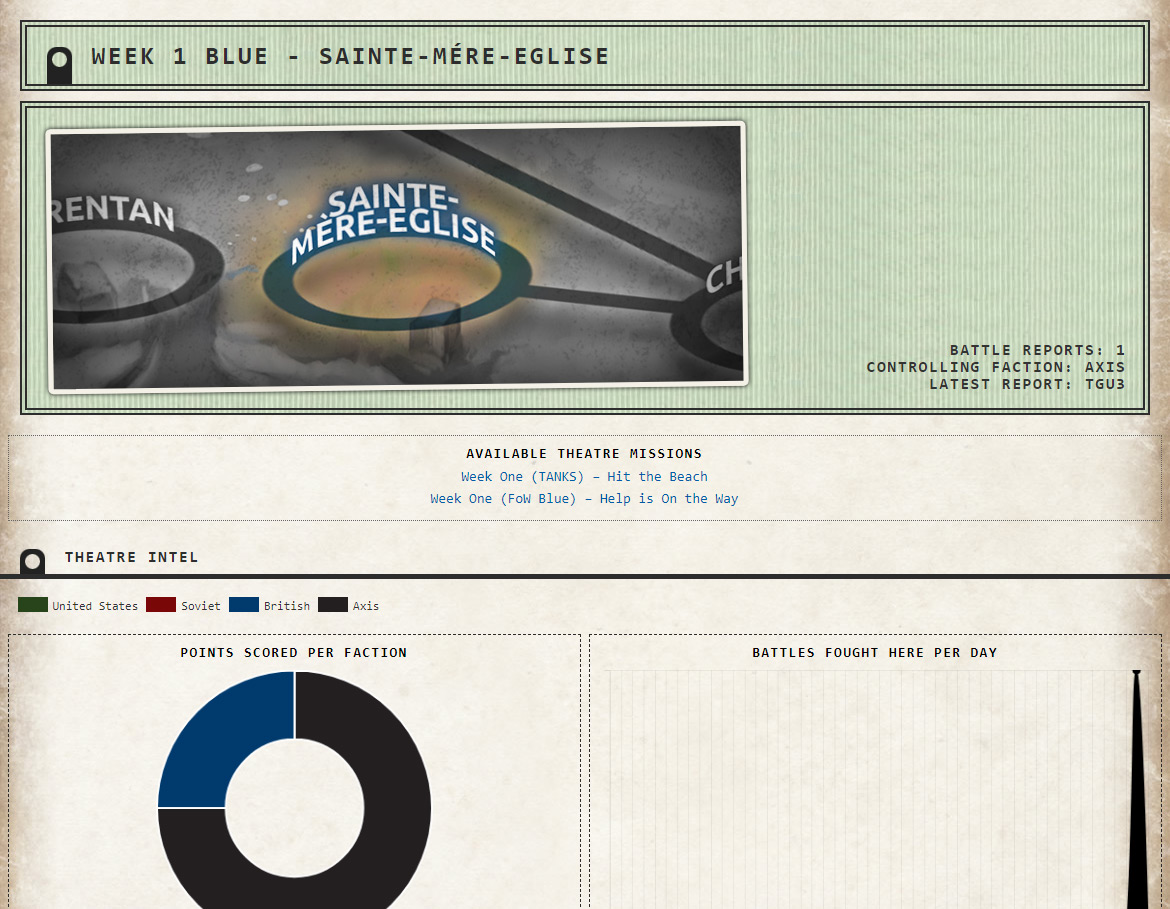 As with the Faction pages you can sort the order in which you can view the list of battle reports in the theatre if required: