HELP & HOW TO:
Ratings and Commendations on Battle Reports

Once a battle report has been published your fellow commanders have the opportunity to give it a star rating out of ten as well as recommend you for commendation. 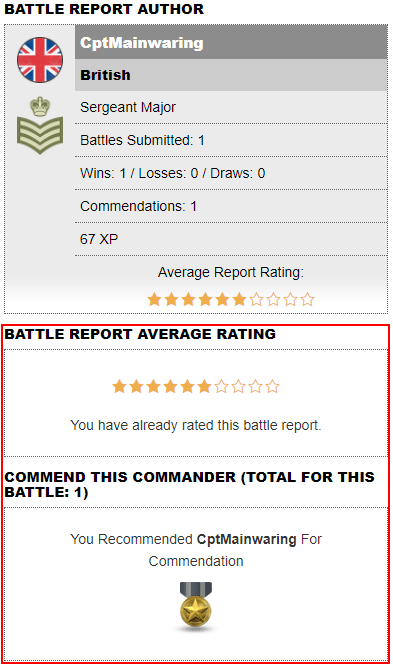 The ratings section can be found on the right hand side of a published battle report.

Once you have rated a battle report or recommended a commander for commendation on the same report you can’t change this later so think carefully.

The higher the average score for a battle report or the more commendations it has received the more visible it will be in the Theatre or Faction pages. This is because reports can be sorted by Rating or number of Commendations meaning the best rise to the top. This also applies to the Commanders page where you can see the most successful players in the campaign. 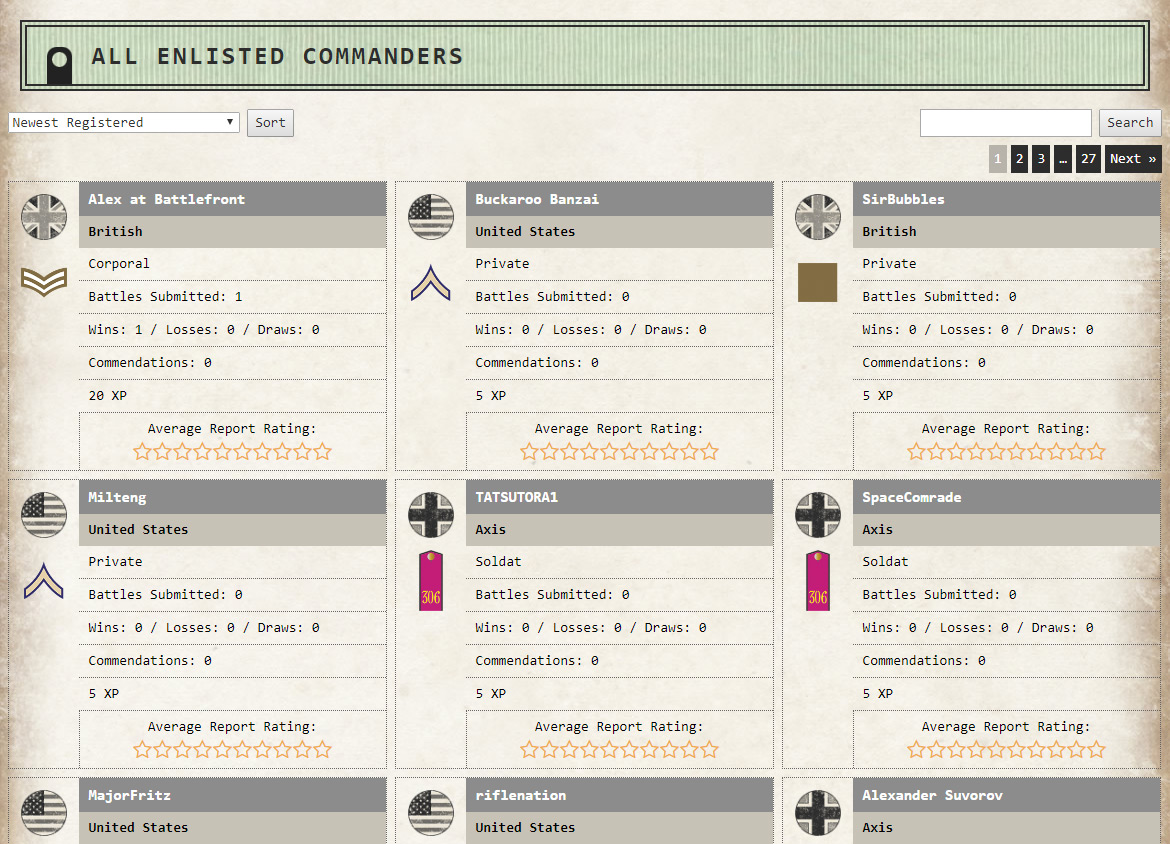 To ensure you get a better rating/more commendations for your reports and yourself make sure your battle reports are fleshed out and interesting to your fellow commanders. The following guides have tips for achieving this:

Having well rated/commended battle reports also helps your Faction. This is because when the campaign ends the A.I. Historian is unleashed. The A.I. Historian analyses the data and weeds out the reports that appear to be fake (i.e. with little content and poor ratings) to give everyone a more accurate picture of how the campaign unfolded.

This could even result in a change of victor so making the effort helps you and your brothers-in-arms.