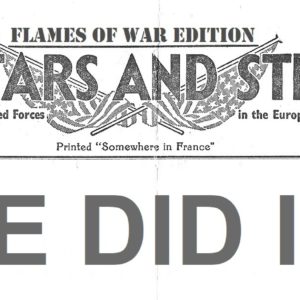 PARIS OUTRAGED, PARIS SHATTERED, PARIS MARTYRED – BUT PARIS LIBERATED
Every day for 50 months, German soldiers in jack-boots and steel helmets marched down the Champs-Élysées. The red and black swastika flag flew over the Opera, the Majestic, Crillon, Meurice and Lutetia hotels.

The liberation of Paris was a breath-taking, heart-stopping race to save the capital from the devastation only recently suffered by Warsaw, where the Germans killed 166,000 Poles to punish them for rising against their occupiers. By August 22nd, when US Gen Dwight Eisenhower finally agreed to send the French 2nd Division and the US 4th Division into the capital. In the words of General De Gaulle “Paris ! Outraged Paris ! Broken Paris ! Martyred Paris, but liberated Paris ! Liberated by the people of Paris with help from the armies of France. This duty of war, all the men who are here and all those who hear us in France know that it demands national unity. We, who have lived the greatest hours of our History, we have nothing else to wish than to show ourselves, up to the end, worthy of France. Long live France!”

MARSEILLES FALLS AS AMERICAN FORCES RACE AHEAD 140 MILES NORTH FROM COAST
At the same time as the German lines have been broken in northern France a new invasion is met with feeble opposition. Operation Dragoon started on the 15 August and goes on to secure the vital ports of the French Mediterranean. Under the cover of Allied air superiority and large scale uprisings by the French Resistance the weak German forces were swiftly defeated. 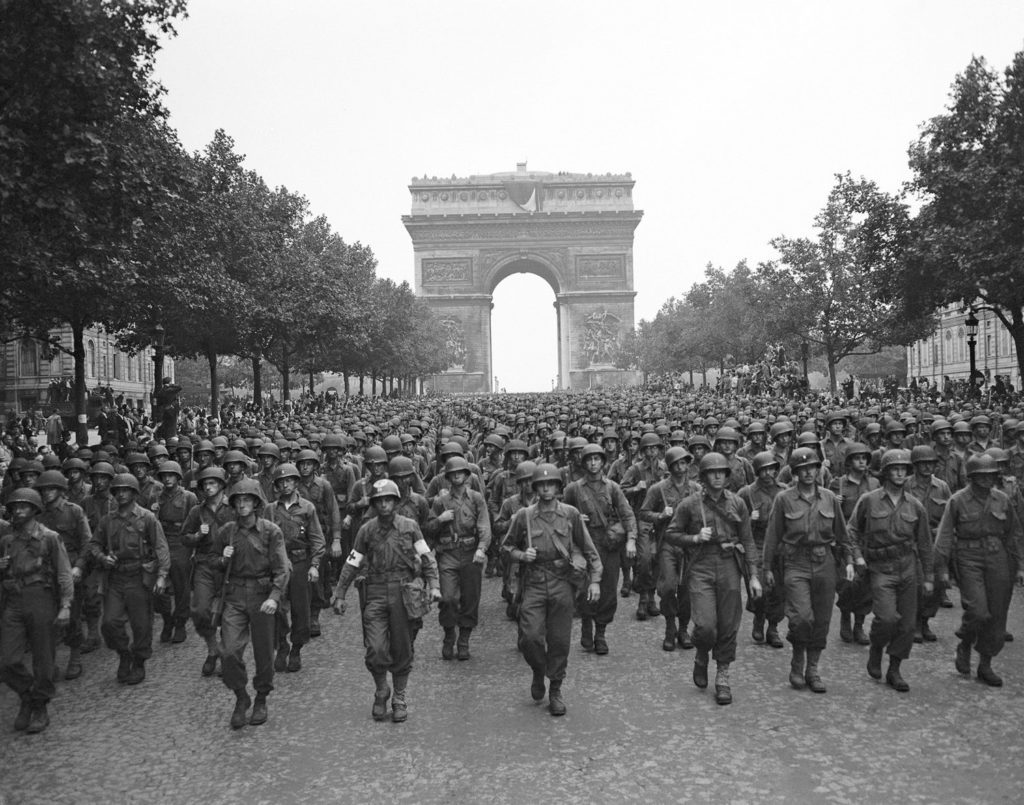 U.S. soldiers of Pennsylvania’s 28th Infantry Division march along the Champs Elysees, the Arc de Triomphe in the background, on Aug. 29, 1944, four days after the liberation of Paris, France. World War II began in September 1939 with Adolf Hitler’s invasion of Poland. He launched the Holocaust and history’s most destructive war, leaving 17,000,000 soldiers and 60,000,000 civilians dead. Germany surrendered on May 7, 1945. (AP Photo/Peter J. Carroll)

GERMAN LEADERS CAPTURED
General der Infanterie Dietrich von Choltitz surrendered with his garrison of 17,000 men. It has been heard that Hitler had ordered him to destroy the city but he would not, believing that such a destruction would have no military value and be a senseless crime against France and humanity. President of the municipal council Pierre Taittinger had met with Choltitz several times to facilitate the surrender and prevent unnecessary suffering. Now Taittinger can concentrate on making Champaign for the liberators! General der Bundeswher Oberst Nagten was found drunk in a Paris wine cellar wearing nothing but his belt and a hat that belonged to Napoleon. He appeared to have suffered a complete breakdown and is now under medical care but continues to make grandiose statements in his feeble disillusioned mental state. The German Generals Guderian67, Leifurs and Der Fuchs have fled with their forces and are now desperately trying to prevent the army from total breakdown.

THE GERMAN ARMY HAS LOST MUCH MATERIAL AND MEN
The German soldier is an enemy to be respected, but travelling across the French countryside there is abandoned and destroyed German equipment everywhere. Their lines are shattered and there is even speculation that the Germans will not be able to form new defensive lines again. Is the way open to Berlin? Not only is the German situation in France dire, but the forces of Uncle Joe are now across the Vistula and Romania and Finland have now just sued for peace. Surely the German Empire will fall before Christmas. 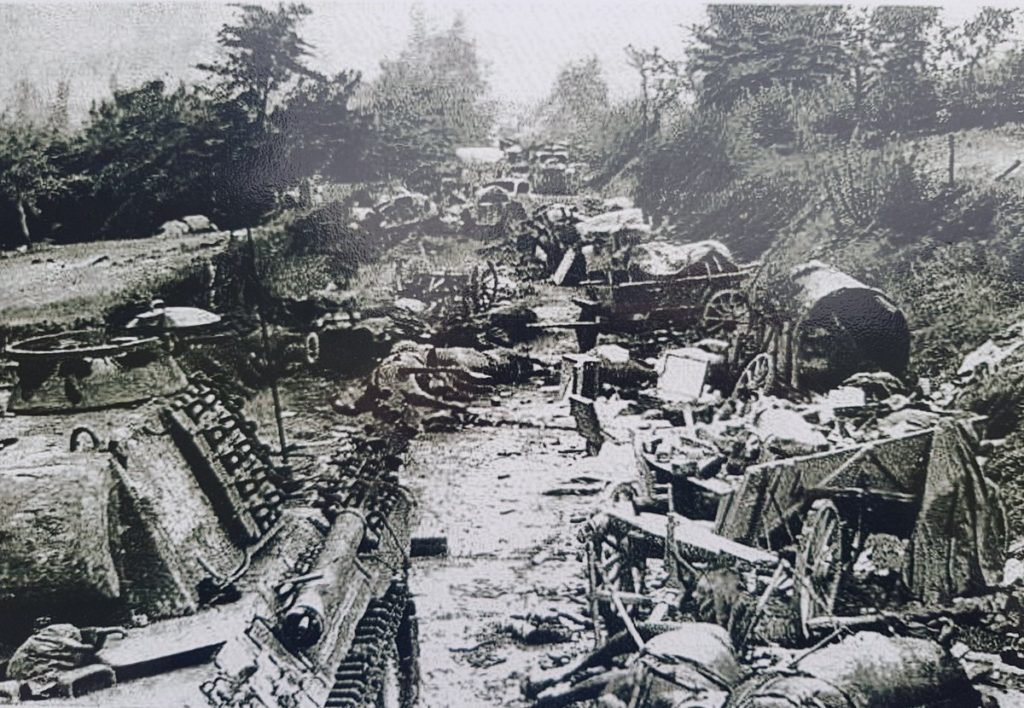 EUPHORIA AMONG THE MEN AND WOMEN OF THE ARMED FORCES!
Crowds of French people cheer on the G.I.s and you can feel the immense joy and elation in the country. The G.I.s also feel a deep satisfaction knowing something tremendous has been accomplished. Nurse Dora Marquez was overjoyed, her tired face showed nothing but boundless joy. “We did it, we did it, we did it, Yay! Lo hicimos! We did it!”